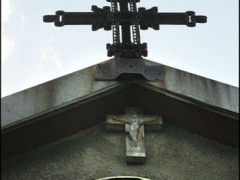 A new and terrible danger is heading our way. It’s ready to annihilate all good family values and the bonds between all loving men and women in Poland. This hydra has many heads – gays, feminists and opponents of domestic violence against women.

But the root of this monster lies in gender studies alias gender.

Gender has been brought into Poland through Harry Potter books, divorced families, pro-reproductive activists and gay parades. At least that’s what Polish bishops, priests and extreme traditionalist folks will tell you. Poland, they proclaim, is no longer an independent country. It’s under the domination of the European Union and under the threat of a  Culture of Death – whatever that actually  means.

Polish families are under siege and once more their only salvation is the Roman Catholic Church. You just have to believe what they tell you.

Now in a rather secular European Union, ultra Catholic Poland is rather the odd man out. Officially about 90 % of Poles say they belong to the Roman Catholic Church which makes the highest country ratio of Catholics to non-Catholics in the world. Officially Poland accepted Christianity in 966 AD, in what is known as the Baptism of Poland.  However this figure quoted above reflects the number of people who have been baptized, not necessarily how many people go to Church on a regular basis. In fact it’s only a minority of people who live Catholic lives as prescribed and sanctioned by Vatican City. On Sunday most city people will be found in shopping malls and cafes, not attending mass. Getting a divorce and single parenthood are no longer a stigma. The high (temporary or pernament) migration makes it easier for Polish society to embrace European norms such as tolerance and civil engagement. Religion is no longer the only answer to life’s problems and difficulties as it once was.

The Church is still trying to intervene in people’s lives. Picture by Simka (Flickr CC 3.0)

Yet the dwindling numbers of believers and candidates for the priesthood are not the only problems the Polish Episcopal is facing. The past few years has seen a growing awareness of the problem of pedophilia in the Church. This year was spectacular with huge scandals such as that of the archbishop hiding pedophile priests in the Caribbean or the first declaration of an ex-priest who had been molested as a child by a priest. Although in September the Polish Episcopal made an official apology to the victims of pedophile priests, it has been contradicted by the many official statements of bishop Michalik, the President of the Polish Episcopal Conference. Just one month after the apology was issued, this bishop outrageously said that the reason why children become victims of pedophilia is because of   ‘divorced parents, feminists fighting the traditional model of a family and gender ideology promoting homosexual behaviour.’

This schizophrenic language reflects the mentality of the Church where problems are better left unspoken and hidden out of sight. Public condemnation of pedophilia in Church is seen as an attack on the Church itself by far too many clerics. Since Church authorities are loathe to really tackle the problem,  attack seems to be the better strategy. And here the ‘gender monster’ comes in handy.

Not only are gender studies responsible for pedophilia in the Church, but also the cause of the destruction of Polish marriages and families. This year the Church came out against Poland’s ratification of the Istanbul Convention, a Council of Europe convention against violence against women and domestic violence aimed at the prevention of violence, victim protection and with ending “the impunity of perpetrators”. The convention, so important in  a country where every year at least 150 Polish women are killed by their husbands, was declared unethical because the Council of Europe ‘gendered’ its definition of sex and families  to include not just the traditional family model but queer families as well.

This year too at Christmas masses believers will be fed the same message about the devilish sins of gender. In the official letter issued by Episcopate to be read in cities and villages, they will learn that gender aims at nothing else than the  ‘sexualization of children and teenagers’ and promotes promiscuous behavior. Since there is no direct translation of the word gender in Polish, some people will indeed believe that gender is coming to destroy their families and communities.

But the real issue is not necessarily that once again the Roman Catholic Church has found a scapegoat onto which it can shove its problems.  The real issue is the polarization of society – on the one hand religious, fearful and fierce traditionalists and on the other modern and liberal ‘secularists’. With such entrenched division, developing the political and economic potential of Poland will be even more difficult.