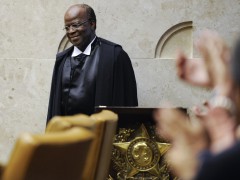 The time for big revolutions is gone. This doesn’t mean we do not change — on the contrary, we’re changing now more than ever. But change is already a conservative aspect of our society. One of the few certainties we have is that we are going to think and live differently in the future from the way we do today.

What I mean then is that abrupt disruptions are not likely to be seen anymore. We are presumably not going to see, at least in the Western world, many more radical social or political upheavals. It is broadly accepted that we have the right of freethinking and expression, and this collective consciousness guarantees safer and calmer manifestations of our resentment.

Nevertheless, every single day brings us news of technology, medicine, and even political achievements, and we move constantly and incessantly in line with progress without paying much real attention to it. I can easily remember the time when we had to set a time and place to meet well in advance and when my only way of communicating with distant friends was the phone in my home. But these habits, and even this understanding of time, make no real sense anymore.

It’s easy to see how this is affects the relationship between the Brazilian state and its citizens. Brazil is well known for its people’s apathy and distaste for politics and politicians. Even so, over the last decade we have witnessed the eruption of many corruption scandals that have fueled the introduction of numerous measures for greater transparency in the workings of public administration.

Current Minister of the Superior Court Joaquim Barbosa, the referendary responsible for the process of Mensalão, at the ceremony of his possession. Photo taken by Jonas Pereira/Agência Senado on Flickr. CC BY-NC 2.0.

The most famous scandal was the recent corruption case Mensalão where a number of members of the House of Representatives were bribed to buy their approval for certain actions. The trial, which has just ended, punished all the culprits and gave some of them 30-year jail sentences — the maximum term for imprisonment in Brazil. This may not sound too harsh to some people, but for us it was an unprecedented ruling that marked a real watershed. In my view, this historical event has a lot to do with greater public access to information and the increased scrutiny accorded governmental acts, but most of all it was driven by the general public outcry for greater accountability.Other measures of a more preventive nature also show the government’s concessions to the age of the internet. Nowadays you can access all the information about any representative you might be interested in on the government website. And we are living in the age of the Ficha Limpa law, which establishes much stricter standards of morality and legality for our politicians.

A screenshot of the webpage on which the members of the House of Representatives show their expenses incurred each month.

Again, Brazil will not become a shining example of accountability overnight. No savior is coming to help us out. But who cares anyway, since the majority — if not all — of our national heroes have proven to be men of uncontrollable ego and not holy saints. Right now, we are gradually learning our lessons and coming to understand that all matters of state are not only a right of all citizens but also a duty.