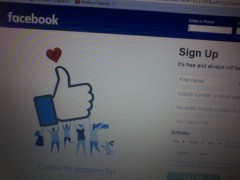 My best definition of social media is people on the left, people on the right, and technology in the middle. It is the democratization of information and content, the convenience and equal opportunity to share and connect with others, and the fulfillment of “the world is a global village” prophecy.

For some, social media is a magic wand to be wielded as they please, whether positively or negatively. It is at the heart of discussions around the world, from boardrooms to houses of parliament, market places to bedrooms. It is alternate reality for some, and a mask to hide behind to perpetuate falsehood, bully, or exact vengeance against others.

Social media is many things, and does many things for many people. It is the voice of the common man, the route to recourse for offended customers and the immediate audience for the citizen journalist. Depending on where you are, local and international case studies abound of people deploying their networks to bring about a desired action or reaction. Social capital has a new field of play, and the rise and rise of influencers is ignored at the peril of the social media manager or strategist.

In Nigeria, the advent of social media broke and is still breaking many ceilings as far as communication across board is concerned but especially as it affects power. As a people we’re traditionally wired to follow or submit to constituted authority, whether in the home, in our communities, at school, at work or via our various religions; our embracing digital however disrupted all of that. The proliferation of media has provided access to global thinking, cultures, new streams of thought on the one hand, and courage for expression of existing streams of thought on the other. Questions have arisen where people weren’t questioning actions or inactions before, and those already questioning became equipped to be even louder and more visible with these questions. We are tasking government and public officials in a manner that was simply unthinkable before.

Love, relationships, and marriages have also had their share of disruption thanks to an audience constantly in need of a good ‘awww-worthy’ moment. Public displays of affection are no longer public enough if they’re not broadcast to friends, family, enemies, and complete strangers. We’re here for those moments though, egging on lovers to push the boundaries of rationality in expressing just how much they love their partner.

On the flip side, the pressure to claim that significant other and shield them from potential competitors or replacements is real, and there are studies that say social media has bred a new level of paranoia and mistrust in relationships. From sliding into private messages (also known as Direct Messages on Twitter and Instagram), to the curse of the misinterpreted emoji left as a comment, to spats that end in publishing nudes that were exchanged in times of peace, even to pedophiles grooming and then abusing teenagers (and thankfully getting their comeuppance), there’s just as much evil as there’s good online.

What is social media to you? How has it changed your life from the first social network you subscribed to?