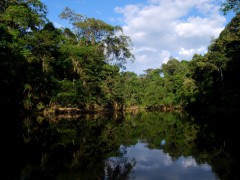 In a live broadcast on television, radio and the web, President Rafael Correa announced that Ecuador will exploit the oil reserves of the ITT area (or a portion of it, located in the Yasuní National Park, the most biodiverse area in the world. In fact in Ecuador there is more biodiversity in just one hectare of Yasuní than in all of North America.) This announcement set ecological alarms ringing throughout the country and around the world (even alerting Leonardo Di Caprio, who gave his opinion on this matter via Twitter).

With obvious discomfort in his voice, President Correa left aside the Yasuni ITT initiative, which sought to get a total of 3.6 billion dollars from more developed countries in exchange for not touching that particular territory in the Amazon and leaving the oil in the ground. “The world has failed us,” said President Correa.

The Government’s position is clear: we could not get the money which we expected in plan A, so we go on to plan B, which involves exploitation, because Ecuador needs these revenues (calculated at 18 billion dollars) and, as the President has said dozens of times: “We cannot be beggars sitting on top of a gold mine.” That is the basis of the current Government’s position a position heard many times in Ecuador since the 1970s, when oil exploitation first began. The country entered a modernization process that made the state grow. Between 1972 and 1983, the number of public employees increased from 97,348 to 255,314; a strong middle class emerged and oil, from almost 0%, formed 45% of the state’s income. But when the price per barrel dropped, everything fell apart: Ecuador became mired in debt for many years.

Today the picture is very different. Even though we are in a time when the price of a barrel of oil exceeds $100, the state has continued to grow in size (between 2006 to 2010, the number of public employees increased from 392,819 to 491,603.) Oil still forms an important 31% part of the budget. In addition, during the first six years of Correa’s presidency, extreme poverty went down 10 percentage points (from 37% to 27%). All this was accomplished with annual investment of 5 billion dollars (nearly 7% of GDP). If we add these numbers to the 2013 National State Budget (approved in July by the National Assembly) we get the sum of 32,666.8 billion dollars. So it is not too far-fetched to ask if 18 billion will be enough to put an end to poverty in the country.

Or maybe the question should be: is the end of poverty justification enough to drill one of the most beautiful places on the planet? That is the dilemma in Ecuador at the present time.

The Yasuní National Park is a paradise of the Pleistocene age, home to over 150 species of amphibians, 121 species of reptiles, 598 species of birds, about 204 species of mammals and an estimated 3,000 species of plants. With a total area of 982,000 hectares, this park is one of the few places in the world with evidence of life from 1.64 million years ago. UNESCO declared it as a biosphere reserve in 1989, that’s how important it is. But not only that: the Park is also home to two communities, the Tagaeri and the Taromenane, who live in voluntary isolation, and are protected by the Constitution.

So, with a strong media campaign by the Government (under the premise that the world has failed us), with constant remarks by the President in which he grants the right of protest against this decision to those who have done something for the Yasuní, with a street demonstration in protest (violently repressed by the police,) and with public demands for a referendum to ask the people if we should drill or not drill Yasuní … the dilemma remains.  Ecuador needs money, and now that “the world has failed us,” we must exploit a part of the area (0.01 % of the park) and be “respectful” to minimize the impact. According to the Government, this means that environmental friendly technology would be used in Yasuní National Park. But that piece of information is impossible to believe in a country with such a long history of oil spills, and with a legal battle now being waged between the state and the Chevron Oil Company which is contesting a previous court’s ruling that the company must pay 19 billion dollars in compensation to indigeneous peoples for previous oil contamination in the Amazon. So what if there is an oil spill in the Yasuní? This is an urgent  discussion we now must have in Ecuador.