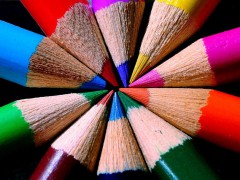 Growing nations need industry, and industry needs employees. To give industry the employees it needs to make the nation grow, citizens must be trained to fulfill these positions. In Costa Rica this means the government is making efforts to educate and create jobs in the information and communication technology (ICT) field, while in Colombia it means that the government has strengthened programs that allow people to formalize their own independent work and create their own businesses.

The goal is to create decent employment for people: work that is meaningful to them, that they do willingly and that is fairly renumerated. And so agreements are signed, companies brought in or created and educational programs put in place so that someone wanting to embark on a career path that leads to one of these government sponsored jobs is able to do so and is actually able to find a job after finishing their one or two-year course. In this they will find themselves at a distinct advantage compared to many college educated young people. Many university graduates from state-run universities are unable to find work in their chosen field after more than four years of study, as is the case with those who study the arts.

I spoke to the Costa Rican representative for the Work Table on Decent Work in Central America about this issue for an article I wrote for The Global Press Institute on artists starting up their own businesses in Costa Rica. Our conversation sparked a question that has been running through my mind ever since: does it make sense to study the arts in the developing world? Why are state universities grooming people for careers when they know there is not enough work for them? If a person chooses to study art – which is an area the goverment has decided not to focus on – are they giving up their right to decent employment?

Once they graduate, artists are hard-pressed to find work, much less decent work. Many are “forced” into starting their own businesses so that they can be hired as “consultants” or as seasonal employees with no benefits or contracts. Others have to work in a completely different field where jobs are available. Some decide to study a second career that will pay the bills. Many others move to a different country to pursue their dreams far away, finding opportunities there that were unavailable back home. It seems that the stigma surrounding artists is still as strong as ever. I sometimes get the feeling that by choosing to study for a career in arts, we are viewed as having “wasted our money” and that we sort of deserve to be out of work. The arts are considered as superfluous for development, some quaint conceit that modern day dilettantes chose to avoid “hard work”.

But as artists we do need to make a living. A couple of my classmates from college now teach in the same university where we studied, but not in full time jobs. Most of them have looked to work in different latitudes or different fields. Migration is an option for the artists who refuse to give up their dreams: some of them leave the country to study overseas, others to try and find work in a larger market. Colombia’s famous musicians such as Shakira or Juanes had to leave the country to make it big in the international market. But many of us realized that getting a job that pays us regularly and includes benefits is quite an unlikely prospect so we started working in different areas to pay our bills: call centers, teaching English, tourism. For my first few years after college, I worked in all three. But this can change. As artists, we can bring added value to the programs the government is initiating to get more people involved in the job market, and if the government allows us, that would also mean employment for us too.

Over the past few years, different parts of the world have seen an increase in the numbers of people studying criminology and forensic sciences in what has been called The CSI Effect, where a police procedure TV show called CSI put forensic sciences on the map for many people previously unaware of that part of the justice system.

A similar direction could be taken by the government to attract the population’s attention to a particular career path. A multi-lateral approach, where mass media outlets, artists, business owners and government could produce movies, TV series, artwork or music that brings to people’s attention the possibilities of a particular career path. Actors in TV series, radio shows, web shows and theater can bring careers and professions to life that otherwise would be overlooked and prompt youth to head in that direction.

Health and nutrition are also a cornerstone for the development of citizens who can compete in the job market: after all, well fed children do better in school and in life. Artists could work with nutritionists and schools to create programs and activities that promote healthy lifestyles through play, theater, art and music.

And through plays and art programs, we could also work with students and young people to develop their hopes and dreams, to set goals and work towards reaching them. In Colombia, music, art, the hip-hop culture, graffiti and other urban art forms are being used by the Medellin government to get youth involved in positive and peace-building activities, keeping them away from drugs, gangs and violence.

Artists can play an important role in the job market of developing nations, and if governments help art programs, they may well end up helping themselves.