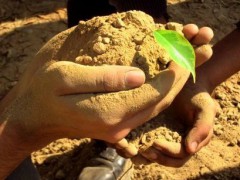 Unstable climatic patterns, natural disasters, water scarcity, agricultural destruction and other evidence of environmental degradation is widespread today in most countries of the world. But the high impact of the deadly side of climate change has become much too common in the countries of the deprived. Among the countries worst affected by Climate Change, developing nations like Pakistan are most at threat and suffer from incredible lose of property, food, finances and worst of all, human lives. In times like these, attention is focussed on internal initiatives and sustainability projects. So what is the state of Pakistan doing to strengthen its chances of survival? Let’s take a look.

It is generally assumed all over the world that Pakistan, like the other dozen countries on the Climate “Hit-List”, is falling an easy victim to environmental degradation. Yet this is a misconception, as even with all its troubles and internal conflicts, the country is still leading a strong fight against this global phenomenon. The government of Pakistan has linked up closely with the civil society to initiate numerous small scale and high level eco-friendly solutions all over the country.

One such initiatives is the “Campaign to Enhance Forest Cover” that has extended across the Indus delta region into the far reaches of Pakistan. This national initiative launched to meet the Millennium Development Goals (MDGs) even led to Pakistan setting a Guinness world record for planting more than half a million trees on a single day in 2009. Many other similar initiatives have also been active in the country under the banner of the Ministry of Environment, WWF Pakistan as well as numerous other bodies including self-motivated individuals. Tree planting – which has high symbolic value of course and gets a high profile in any potential “green” venture –  has significantly extended the man-made forest cover of the nation. Thus the  “Tree Plantation in Pakistan” initiative is one of great promise.

In addition to this, Pakistan has also implemented 10 projects on a larger scale under the Clean Development Mechanism (CDM) laid out by the Kyoto Protocol for pollution-ridden developing countries. The CDM itself helps countries to stimulate sustainable development not only by reducing emissions but also by giving economic incentives to countries by way of certified emission reduction (CER) credits. These CERs can be used by industrialized countries to meet a part of their emission reduction limitation targets under the Kyoto Protocol. Pakistan however has participated in these projects on a purely voluntarily basis as it does not have any legally binding obligation under the Framework convention or under the Kyoto Protocol. This has had an immense impact on the global level as only a handful of countries have taken part in such voluntary initiatives, and has earned Pakistan much consideration for its efforts.

At the United Nations Framework Convention on Climate Change (UNFCCC), executive secretary Christiana Figueres singled out Pakistan for special praise for participating in global efforts to reduce emissions and combat Climate Change. “The intellectual contribution that Pakistan has had to the development of the regime has certainly gone with praise internationally” said Christiana Figueres. She further noted that Pakistan, despite its extreme vulnerability, has made an immense contribution to green initiatives in the South Asian region, while also noting that there was still room from improvement. This “room for improvement” is highly apposite as even with all its eco-potential Pakistan still remains an eternal victim to the destruction wrought by Climate Change. From the tremendous floods of last year to the ones that gushed through the Sindh area over the past weeks, Pakistan experiences the never-ending wrath of nature – with little or no lessons learned by the national government.

Thus the state of environmental work is a bitter-sweet issue for Pakistani officials. There is no doubt that preventive mitigation measures have been well factored into the country’s ordinances. However the actual requirement that the country needs to face – Climate adaptation – is one not favored by the federal government. Climate adaptation which refers to the ability to adjust to climate change (including climate variability and extremes) is scientifically the only solution left for vulnerable nations like ours. Following a suite of simple preventive measures is just not enough, at least not for the state of Pakistan. In order to ensure our survival in this dire global predicament we must essentially follow through on establishing environmental adaptation ventures. Yet the call of environmental analysts for effective and immediate climate adaptation projects in the country is being brashly ignored. This is perhaps the biggest and most crucial flaw the country suffers from in relation to the fight against Climate Change.

The main reason for the lack of effective action is the basic lack of consensus between policy makers and environmental experts. The clash of opinions and priorities is further compounded by difficulties arising from the federal structure of Pakistan. Mostly in such situations the vote of the majority, influenced by cash strapped politicians,  makes the final verdict. In the Climate debate, low-cost mitigation,  not high-cost adaptation is being championed as more beneficial for society and is the approach implemented nationally by the federal government. In such cases democratic values prove to be somewhat ineffective as the influence of money and power overrides national and/or global interests.

In the end leaders and policy makers in Pakistan need to realize the magnitude of this imminent threat, listen to the advice of environmental experts and avoid the snares of bureaucracy. Countering climate change requires both compromise and consent which are both qualities conspicuously absent  in the present system of governance in Pakistan.  It is absolutely essential that the government of Pakistan pays close attention to advice from environmental experts and uses the lessons learned from it to give its environmental policies a new strategic direction, if it is to safeguard the national interest and ensure the country’s survival in the face of Climate Change.