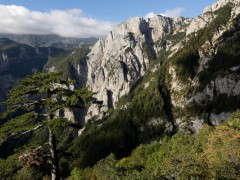 This issue of FutureChallenges focuses on traditional models of economic growth versus inclusive growth. Traditional models prioritize expanding economic power at all costs, and often ignore people’s wellbeing, while inclusive growth promises models in which the benefits of economic growth are more equitably distributed throughout society. Needless to say, the concept of inclusive growth is more humane, more sustainable, and much more preferable to the traditional model, if people’s quality of life is the measure of success—which it should be. But both models fall short in that neither sufficiently address the core problem: the concept of ‘’growth’’ itself.

If we want to live in a healthier more economically just world, we have to take into consideration the fact that we live on a finite planet with finite resources. From such a perspective, ‘’growth’’ is at best a temporary delusion, nice for some and miserable for others, which will, if continued unchecked, inevitably lead to catastrophic failure. For our lives to become truly sustainable, peaceful, healthy, and equitable, we have to completely change the dominant frame of economic thinking and move away from unbounded growth into a socially inclusive model which also considers the needs of the planet to which we all are all inextricably attached and without which we cannot exist.

Unfortunately, world politics have largely failed to address the problems related to the concept of economic growth as they are still obsessed with outdated economic models that benefit entrenched power elites. The good news, however, is that local initiatives around the globe are stepping up to the plate, offering smaller local solutions which add up to something (like the new model in Bosnia-Herzegovina to be discussed in a moment.)

The idea that growth cannot continue indefinitely without destroying the very condition that makes it possible —the environment itself— has been advocated since at least the early 70s by environmentalists. The problem is that the idea has been sidelined by those who (wrongly) assert that environmentalists naively prioritize Nature with a capital “N” above society.  Yet the time has come to do away with binary thinking and binary arguments.

Climate change has already forced people to consider the fact that our economy and our planet are inextricably bound to one another. Such a shift in thinking, however, is still far from being reflected in economic policies, which sadly continue to be driven by “growth”.

A view from Cvrsnica Mountain in Bosnia-Herzegovina, an especially beautiful part of the country with a wealth of endemic species. (Photo by Elma Okic)

In Bosnia-Herzegovina—which has an unusual abundance of fresh water and mountainous land, but also an economically struggling population, especially in rural areas—the most sane, long-term thinking takes into account the fact that Bosnians will not improve their situation in the long run if their natural resources are exploited or destroyed to meet short-term ‘’growth’’ benchmarks. Sustainable models of development (not ‘’growth’’) offer the best possibility for people and their environment is what such thinking spells out.

Unsurprisingly, the Bosnian government does not seem to have the foresight or the political will at the moment to push forward such a progressive agenda. In the meantime, citizen-driven initiatives are attempting to offer alternatives and visionary solutions which need support. A new platform, Via Dinarica, is one compelling example.

Created by and for people who live in the countries that make up the Dinaric Alps (Bosnia-Herzegovina, Serbia, Croatia, Montenegro, Kosovo, Albania, and Slovenia), it is a platform that serves to promote and develop local communities and small businesses ‘’active on the local, national, and international level in the fields of hospitality, service and tourism, as well as agriculture and cultural heritage’’ with the aim of ‘’connecting the countries and communities of Dinaric Alps by creating a unique and diversified tourist offer.’’ It offers the chance to improve the wellbeing of the rural and urban inhabitants of these countries by giving people a reason to continue to work with their natural environments (and with each other), rather than against them. It does not promise ‘’big profits’’ but it does offer something more important: the potential for people to create sustainable livelihoods without exploiting others or the land.

Local people whose livelihood is deeply connected to the Dinaric Alps, a mountain range stretching across the Western Balkans. (Photo by Elma Okic)

The increasing threat of climate change, the depletion of fossil fuels and fresh water, the rapid loss of species, and the global rise in rural-urban migration confirm that when our thinking artificially separates nature from humankind and prioritizes growth over well-being, we end up with a model that is not viable either for ourselves or our planet. You don’t have to be a tree-hugging hippie to see this.

If we put aside the economy textbooks, it’s plain common sense that we must to consider ourselves as a part of nature and treat our society as embedded in that concrete finite context. The question is no longer choosing one or the other: planet or people. It’s how to integrate them both into a working , inclusive economic system: one that enables both humankind and the planet to thrive and promotes human and inter-species harmony.  The clock is ticking and it’s now high time that governments fully wake up to the fact that thinking small and long-term rather than big and short-term is the only viable model.