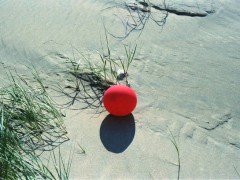 All the discussions about developments in today’s politics, society and governance inevitably start with the assumption that because the world has become a worse place to live in when compared to previous periods, all our mutual efforts should be directed towards making it work better. However, I am quite skeptical about this idea as I believe that the world and the correlations between different trends have simply increased and logically gotten more complicated, but not necessarily worse.

So, as every multilayered matter cannot be solved without breaking it down into smaller pieces  – which need to be fixed individually so they can then fit into the whole again – I think that addressing the world’s problems  by ”establishing universal terms for the goals and social norms that can guide global development and help to resolve conflicts between the interests of individuals, society and the environment“ could not only prove to be quite difficult, but could also raise many opposing attitudes and finally have negative consequences. In a relatively homogenous yet highly individualistic society such as Bulgaria’s, I think that such an approach would be perceived as too idealistic and of little practical value.

A common set of ethical and legal norms is undoubtedly necessary, but we have enough of them already in place in the form of international organisations, conventions, treaties and agreements on state, regional and local levels. The European Union was founded in the early 1950s as a guarantee that uniformity, solidarity and harmonisation of rules would work better than raising new boundaries, conflicts, wars and isolation. This alliance has produced exceptional results in many areas such as agriculture, culture, social welfare and has changed the life of many people for the better, allowing them to move freely and feel a sense of belonging to a larger community.

Even so, the bad results of too much integration have become evident only recently with the crisis in the eurozone and the warnings that this crisis could not only signal the end to the common currency, but could also be the beginning of the end of the EU itself. In any case, Europe has seldom been more divided.

As a citizen of a small country with limited powers to influence or initiate important political decisions on its own , I have come to the conclision that the purpose of the norms already established is to serve primarily as indicators of where leverage starts and how far it can go. Despite being endorsed by numerous parties, these sets of norms continue to be usurped by the ”big players” with the strongest leverage. It is doubtful whether any influential player would give up these powers in the name of a new universal set of rules aiming at an equitable distribution of powers.

As appealing as it sounds, the idea of global governance which listens to everybody and where everyone follows the same rules in my view has two major limitations:

1. It does not take into account questions of regional, local, cultural, political and ethno-social individualities, which is very dangerous and could potentially cause conflicts on many levels;

2. Trying to suggest a uniform solution to complex matters, which require an individual approach, could pose the danger of oversimplifying issues as it seeks the lowest common denominator- a decision that would satisfy the majority, but would also leave many out.

In this sense, I am even more convinced that the collective will should be heard and taken into account on all occasions, but it should be adjusted to meet individual demands. Certainly there is no universal remedy to the problems the world is facing. Even small-scale initiatives, and especially those aiming at changing attitudes, can bring about the sense of the ”greater WE” elaborated by the author of “The Greater We“.

In a recent forum called “Change” and held in Bulgaria’s capital, Sofia,  one of the speakers said ”Change occurs when we realise that things are no longer the way we thought them to be.” In my opinion, positive change starts with a predisposition to trade ideas. It is a voluntary process, triggered by the conviction that things cannot stay the way they are. This is how even the biggest world revolutions started. I believe the same applies to governance and civil society nowadays – there is no way to build the greater ”WE” if we neglect the “me” or the “you”.

What we need is not yet another set of norms. We need creativity and fresh ideas, we need to have our voices heard, and above all we need to fight apathy. Only by personal motivation and human interaction can we create our stronger ”MEs”   – stronger “MEs” that will eventually coalesce to form a greater “WE”.