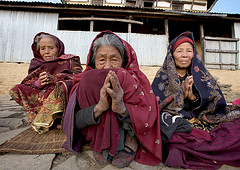 Mark Twain once mused, ‘What would men be without women? Scarce sir, mighty scarce.’

Women are a crucial element of the human equation, and yet many of the world’s women, particularly rural women, have been relegated to a lesser value than men. This current equation is not tenable.

To this end, the UN annually convenes the Commission on the Status of Women (CSW) , which annually examines progress on gender equality across the world, identifies challenges, sets global standards and formulates policies to promote gender equality and women’s empowerment. Last week, the fifty sixth session of the CSW concluded in New York. The theme this year focused on the plight of rural women and their role in poverty and hunger eradication, development and the current challenges they face.

Having worked at the periphery of rural women’s issues through my organisation’s (The Foundation for Development Cooperation) involvement with UN Women’s Partners Improving Markets Project based in the Pacific, I am not ignorant to the plight of women market vendors from rural areas. I was not however, aware of the fact that being a rural woman in this world makes you one of the most vulnerable and marginalised women in existence. And if you are a rural woman who lives in a conflict zone, or prone to natural disasters, there is further marginalisation. If you want a more challenging situation, be an indigenous rural woman, or a disabled rural woman, or a rural woman with a chronic disease or HIV/AIDS. Rural women are more than one quarter of the world’s population but are two thirds of the world’s illiterate. They are also the food producers of our world, making up 65% of the world’s agriculturalists. Some of the current challenges facing rural women in our world include: discriminatory cultural practices, lack of access to basic resources, a lack of power in decision-making, increasing food prices, decreasing levels of salary remittances from relatives abroad, increasing energy prices.

According to a recently released FAO report, if the world’s rural women were given equal access to the resources, finance, seeds and tools that rural men have, agricultural yields would increase by between 20-30%. This increase, it is estimated, would decrease global poverty by 12 to 17 percent, and lead to bringing a further 100-150 million people out of hunger.

There were a number of positive examples given of progress for gender equality and women’s empowerment at CSW, and of course there are likely many more that were not given air time during the event. One such example saw rural South American women linked to markets to provide access to broader opportunities for business development, highlighting women as active agents of social and economic change. Gender responsive budgeting in Uganda was also an excellent example of progress. A checklist has been drafted by the Forum for Women in Democracy to evaluate whether the national budget is pro-poor and gender responsive, and is to be used by parliamentary committees during budgetary reviews for the upcoming 2012/13 budget.

The importance of education, especially basic literacy and numeracy for mature women, was reiterated many times. The reactive capacity and results of women who have received education is, as one practitioner put it, ‘phenomenal’. Provision of access to microfinance and savings, marketing networks, appropriate technology, have all assisted many women to lift themselves and their families out of dire economic and social circumstances. It was indeed heartening to hear of so many excellent reports of success, and it is clear that significant progress is being made by the women of our world. However, it was also evident that progression to full gender equality will not happen without the involvement of men at all levels – from the household through to houses of parliament.

I was duly impressed with the impassioned and pointed country statement made at the Commission by Norwegian State Secretary of the Ministry of Foreign Affairs, Ingrid Fiskaa. Concluding her speech, Ms Fiskaa remarked that we have known for decades that affirmative action for women’s participation is crucial to development, but the journey to gender equality is far from over. Why? Because progress requires a change of mindset and priorities of the rich and powerful of our world, many of whom are middle aged men who currently benefit from the situation. Ms Fiskaa issued a direct appeal to boys and men around the world: don’t be complicit in this current inequality by serving only your own self interest;  instead, begin promoting the long term collective good.

Norway also provides an interesting case in point for increasing the number of women in decision making positions. A critical mass of women in decision-making positions (in all stratum of society) is needed to ensure women’s needs are heard, duly considered, and actioned. The critical mass magical ‘tipping point’ is currently set at 30%. So how do we get there, and quickly? One option is to do something a little bit radical.

With a 2006 law which instituted mandatory female quotas for boards of publicly listed companies, Norway swiftly demonstrated a strong stance on the need for gender equity in the corporate sector. Any company listed on the country’s stock exchange needed to have a board consisting of at least 40% women, or face de-listing. This saw participation rates of women on boards in Norway increase from 15.5% to just over 40% in a couple of years. Debate over mandatory quotas for women’s participation is still raging, however regardless of opinion, the undeniable fact remains that in most societies, the playing field of power is not equal for women and needs to be evened out. Perpetuation of inequality will persist, unless there is an obvious incentive (whether carrot or stick) to change.

What very clearly came out of CSW 56 is that rural women are a massively untapped source of resilient, capable, poverty and hunger fighting agents of change who need only be given some assistance in order to soar. The multiplier effect of women’s empowerment is felt across families, villages, communities, and nations. Governments need to become good at listening to women’s voices (which can often be very quiet or at least drowned out by louder ones), cultivate women’s knowledge, and to then use this knowledge. Development interventions need to be holistic and systems-based, with women at the forefront, driving the change.

As one participant at CSW said, ‘there is not much left to say, but a lot left to do’. While we get busy with the ‘doing’ perhaps we should consider getting more innovative, a bit more radical, and a bit more insistent that positive change comes for the world’s women sooner than what a lot of us are currently accepting.

Carly is an international aid and development practitioner, researcher and writer. She is currently Program Manager at the Centre for Social Change, working on developing community enterprises in partnership with cash poor communities in the Pacific region, using a strengths-based approach. Carly has managed international development projects in a range of fields over the last 10 years, including: sustainable livelihoods, local economic development, gender and governance, women’s empowerment, and community development. She has worked in the Pacific region, Southeast Asia and Eastern Africa.