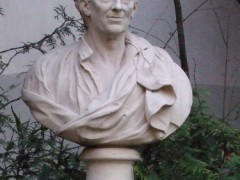 When Montesquieu postulated the theory of separation of powers, he was most probably guided by the belief that “If angels were to govern men, neither external nor internal controls on government would be necessary”.[1] But men are neither governed by angels nor are they angels themselves. So the Founding Fathers of the United States knew that if they were to institute rule by the people, no one person or clique of persons should be allowed to have uncontrolled power.

The people are key here. While separation of powers refers to separation of branches of government and institutions in the political system, people are the ones who run the government and institutions. People institute separation of powers and people nullify it. An elementary lesson in democracy teaches that in such a system all women and men should freely participate in elections and the government should be elected based on the votes casted by the majority. However, this is a necessary but not sufficient condition for a good democracy. For a democracy to function effectively the rules of the game need to be written in a constitution, the elected representatives have to have power to control and oversee the work of the executive, and the judiciary has to be independent and have the power to overrule unconstitutional decisions adopted by either of the former.

By now you must be wondering why I am providing such a basic, well-known lesson in democracy. Well, I am doing so because this basic lesson in democracy has not been learned by some politicians who today are in position to exercise democratically-acquired power. The taste of power has proved to be too tempting a challenge even for some leaders in that cradle of democracy called Europe.

As the Bertelsmann Transformation Index (BTI 2012) reports, “…hostile takeovers have taken place: the government installed a new, politically loyal leadership that is likely to damage the institution’s independence and constitutional function.” Sounds like an assessment of some weak democracy somewhere outside the European Union? But, it is not happening outside, it is happening in the most democratically advanced political union.  In just two years under the rule of Viktor Orban, Hungary has moved from being a state with “well established system of mutual checks and balances,” as the BTI experts noted,  to one in which “…the checks and balances system has been formally weakened and informally eliminated by the new government” (BTI 2010).

The two-third majority of the Fidesz-led coalition in the Hungarian Parliament gave its leader Victor Orban discretionary powers in almost every branch. The government has centralized all public media and ensured political control over their reporting. Since the end of 2010 the powers of the Constitutional Court have been significantly diminished and the party has stated that it will further weaken them should the Constitutional Court act against any government decision. Soon afterwards a new media law, known as the “law of silence,” had been adopted and it significantly decreased press freedom. In 2012, a new constitution came into effect, which further enshrines the position of the government and weakens all institutions that should be independent and ensure checks and balances in the system. The European Union, the elite group of 28 democracies that has become known as the strongest force for democratization in the region and a role model for the rest of the world, has failed miserably inside its own borders. Hungary, a 10 year old member of the EU, is a sad example of a relatively good democracy that has transformed into a country in which one person’s insatiable greed for power has undemocratized the state.

Psychology explains a person’s behavior. It also explains that a man or a woman as a toddler is an egoistic human being. If you ask a toddler to share her/his chocolate, s/he most likely refuse to do so. That is why it is very important that a child is taught how to share. To be thought how to share and be guided by much of the same principles that guide the establishment of separation of powers in a democratic system. So when I see a political leader unwilling to share power, I can’t help but wonder: Where have all the powers gone? Into the hands of a selfish toddler???