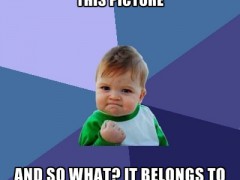 The United States’ Stop Online Piracy Act’s (SOPA) bill aims to expand law enforcement’s right to regulate the online trafficking of intellectual property and censor Internet sites for counterfeit goods. Other countries are following the United States’ lead. The Sinde Law in Spain, Hadopi in France, or Lleras in Colombia are examples of the global actions taken to address a universal concern, and Mexico isn’t going to be left out of the equation. On December 15th, 2011 Senator Federico Döring, from Partido Acción Nacional party, launched a drastic and uninformed regulatory proposal.

The Doring Law, as it has come to be known, attempts to penalize any kind of downloaded or uploaded material that violates the author’s rights. The law also proposes to allow the Mexican Institute of Industrial Protection (IMPI) to investigate, monitor and impose significant fines on individual violators. Service providers would be required to give all requested information about their customers and to cooperate with the authorities, since IP addresses are the proposed means of identifying individual “criminals”.*

On the one hand, the principle of copyrights is a cause worth fighting for, considering that over $1 billion is lost each year in Mexico alone due to the sale of pirate software –without considering other numerous products such as music, movies, videogames, etc. On the other hand, however, the Döring law would compromise the freedom and privacy of Internet users in Mexico. Additionally, many believe that the law fails to address the true enabler of Mexico’s large piracy problem: the very accessible black market.

Considering the complex nature of this law, Mexican legislation is still in its early stages, in contrast with the SOPA discussion in the USA. The issue has, however, already garnered significant debate in Mexico. “Don’t let them censor Internet, we are more than them…the Döring law won’t go ahead of the Mexican people. Don’t let them take away our freedom on the Internet; we must stop the Döring law, which is the Mexican SOPA. Knowledge is free…” published on Youtube the hacker group “Anonymous” in January 2012. Two days later, this same organization blocked the Internet portals of the Government Secretariat and the Mexican Senate as a protest against the Döring law.

At least for now, the Döring law is sharing the destiny of the SOPA as it has been temporarily forgotten by its own party. Even according to its creators, there is still much discussion to be had before approving this law.

Today we find ourselves in the eye of the storm, and the discussion will sooner or later continue. It is necessary to understand that the fast technological advances of the last few years have brought pros and cons, and that a very long legal process of adaptation to the new trends lies ahead of us.

The authorities ought to understand that in order to regulate the Internet, many details must be taken into consideration, that change won’t be immediate, and that to an extent, it’s people’s freedom that is in danger. National laws must balance the scale on which both private property and freedom of speech rest.

*The proposed law considers the IP address as a sufficient means to track individuals who violate the conditions established for the Internet. It is important to mention that an IP address is not a definitive source because of 3 main reasons: a computer may be used by many people, it is very common to have changeable IP addresses, and the ownership of a computer would not always lead to the criminal, but to someone else.