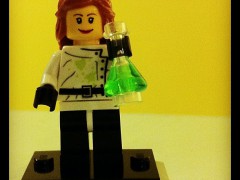 When a  few years ago I first got interested in this topic, I obsessively read all I could about it. The oldest paper I found at that time was from 1965 and bore the title: “Women in Science: Why So Few?” Yes, it’s the same as the title of the current posting and no, this is not a simple coincidence: women are thin on the ground in science and technology.

Women in Science: why’s there been no progress since 1965

This is not a scoop. If you browsed the tons of resources available through, say, EU websites and then were brave enough to read the documents relative to gender and science, you’d be very frustrated. The unpleasant surprise is that the situation has hardly changed over the past 15 years.

To me, International Women’s Day is a blunt reminder that half of humankind is absent from fields such as STEM [1]. All the statistics you can find in this glut of gender and science papers show that in most developed countries, women’s educational attainments exceed those of men. Thus, the majority of graduates in Europe are women students. However, this somehow translates into 8 out of 10 full professors being men. Sure, it’s not easy to become a full professor, even if you are not a scientist: as reported by SheFigures2006 only 1 in 3 EU researchers is a woman.

Of course, one question immediately springs to mind: why is this so? Very dispassionately, you could say that the labor market is making a huge mistake by not taking good care of 50 percent of the labor force available. This purely bureaucratic thought is especially apposite when you think of the high educational qualifications this 50 percent quite often hold: think of all that taxpayers’ money going on training a section of the population that will never get the right jobs. On the other side of the scale, you have the people I’m talking about – and whom I am one: female researchers unable to get a tenure track position and seeing academia as a profoundly discriminatory system that makes scant actual efforts to alleviate the gender gap. Whatever your standpoint is, you end up having a minority on the basis of sex. And if you belong to some “ethnic” group, such as Afro-Americans or Hispanics and you’re a female, it gets even worse…

The glass ceiling and sticky floor of academic careers

Why is this so? A few explanations have been put forward and studied. One of them is the “glass ceiling”, i.e. “the unseen, yet unbreachable barrier that keeps minorities and women from rising to the upper rungs of the corporate ladder regardless of their qualifications or achievements.” This describes various invisible (“glass”) career barriers (“ceilings”) built on notions of  gender and/or minorities. This concept has somehow been complemented by the “sticky floor,” which translates as the difficulties preventing women and minorities from accessing higher level jobs.

These almost similar frameworks, however, tell only half the story: they focus on the power of retention and the lack of achievement once you are in the system. The “leaky pipeline” hypothesis aims to account for the “seepage” of female scientists between receiving their PhD and achieving tenure [2]. This concept might provide a few insights but still fails to account for the severe lack of female students in engineering, mathematics and physics. Of course, since the 1970s, female involvement in physics has considerably improved but women still remain broadly under-represented in these fields. The root problem thus appears to be the low enrollment rate of female students which only adds to the major issue of attrition.

We are thus left with the two phenomena: not enough young women enter the STEM undergraduate curriculum and, later on, the few of those who attain high academic levels frequently drop out. There are indeed various policies in place but their focus seems more concerned with the drop out rate, the latter problem to the neglect of the former, the lack of female entrants.

Not such a bright future for gender equality in science

All in all, there is a long road to go: as Marja Macarow puts it [3], with the same rate of hiring and current policies 50% of female full professorships will be achieved in Europe in 400 years. Despite the “positive policies” advocated by behavioural economists or the suggested fundamental restructuring of academic careers, we still face deeply enrooted basic issues like stereotyping. The observation back in 1965 was: “Those women who have entered the top professional fields have had to have extraordinary motivation, thick skins, exceptional ability, and some unusual pattern of socialization in order to reach their occupational destinations. In their backgrounds one is likely to find a professional mother, an unusually supportive father, or dedicated and stimulating teachers.”.

Who is your favorite woman in STEM? (Betsyweber on Flickr, CC-by 2.0)

This requirement for “special features” is illustrated by countless examples: female scientists with a satisfactory family life are very rare. If they are married to a fellow colleague, women more frequently have part-time jobs since they have to take care of the kids. Females are less keen to compete than male counterparts which is considered a huge disadvantage – this supposed uneasiness is said to be due to women’s more naturally friendly nature…

To summarize, men are fierce competitors who care little about family and women are so ravaged by their mothering feelings that they are unable to focus on science. Lastly, the quote above highlights the need of “role models” to exemplify the successful path in science and research. Do we need Paris Hilton to dress up in a labcoat to make STEM more attractive for women? As you may see, I’m skeptical about the positive effects of such models. In psychology, people describe this effect as identification (as teenagers identify themselves with celebrities) and yet the attempt to behave like someone who is broadly liked and appreciated merely ends up as conformity and internalization of sets of norms. Hence, I believe that “role models” do more harm than good since they bring uniformity where creativity and thinking out-of-the-box are at a premium.

Not the gender but the stereotypes

Wherever the problem may be theorized to lie, the situation should be approached from a different angle: it is not a question of sex and gender, it is a question of minorities and stereotypes. The fight should thus be with the social, societal and economic dynamics this construction imposes.

[1] STEM stands for Science, Technologies, Engineering and Mathematics.
[2] This concept is often extended to any circumstances in which there are fewer women at higher levels in an organization compared to lower levels regardless of the reasons for the situation.
[3] During a keynote speech opening the European Gender Summit in Brussels (November 2011). She is the Director-General of the European Science Foundation.