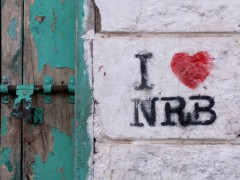 In the Lead Article, entitled “Work in the Developing World,” I stressed the need for policy, partnership and cooperation across the private, non-profit, and public sectors to create jobs.

This applies especially to addressing youth unemployment in the developing world, where in the year 2005, Africa’s youth unemployment reached 21 percent, higher than the world average of 14.4 percent and second only to the Middle East and North Africa (MENA) region’s 25.6 percent. Furthermore, International Labor Organization (ILO) statistics estimate that young people make up approximately 36.9 percent of the total working-age population.

SAMSource, a U.S.-based non-profit organization is partnering with Techno Brain– a software development company incorporated in Dar es Salaam, Tanzania, with offices in 11 countries– to launch an initiative to create jobs in data entry, content moderation and other outsourcing jobs to hundreds of Kenyan youth from low-income households. This initiative, according to SAMSource Chief Operating Officer, Chelsea Cooper, aims to address rising unemployment rates among Kenya’s educated youth.

Lakshman Manickam, Director Operations and Human Resource at Techno Brain was quoted as saying, “The project we are in with SAMSource is about creating jobs to the youth from slums around Nairobi. We target those with IT skills that can help us do certain tasks for American companies.” These American employers include government agencies and corporations, including, but not limited to LinkedIn, Intuit, and the U.S. State Department. Additionally, local hospitals will be employing these skilled youth.

Essentially, SAMSource bids for contracts with employers in the U.S.’ private and public sectors, outsourcing data entry, content moderation and verification and other tech-related jobs to their offices in Nairobi, where youth from the city’s slums will be employed. Similarly, the Rockefeller Foundation has invested 35 million shillings (about 415, 500USD) into a project that aims to employ youth in informal settlements in Kenya, South Africa, and Ghana.

By funding the digitization of the Ear, Nose and Throat clinics at Kenyatta National Hospital’s four million records and awarding the contract to Techno Brain, the Rockefeller Foundation enabled the employment of 35 youth from Kibera and Mathare. As more hospitals and clinics adopt electronic medical records (EMR), there will be a greater need for skilled, computer literate workers.

As I said in the lead article, “it’s not enough for jobs to be created – they must be the right type of jobs, filled by the right type of workers.” Initiatives like these have great potential, as they match employers with contractors, matching jobs with employees. Beyond macroeconomic policy and labor market intervention, there needs to be multi- and cross-sector cooperation, as economic growth is a necessary, but not sufficient condition for lowering unemployment rates among African youth.