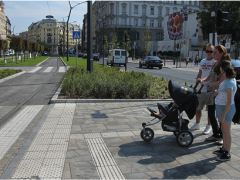 As Europe struggles on with the effects of the economic crisis, the debate on the upcoming EU budget is raising renewed concerns about solidarity. With calls for cuts to the Union’s budget becoming ever louder, we need to think about what effects fewer subsidies for poorer member states would have on the very countries proposing such measures.

As far as the economic crisis is concerned, there’s no light yet at the end of the tunnel for Europe. Most countries are forced to cut back on spending in order to put their budgets back on a sustainable track. Indeed, the era of cheap credit when economic growth could outstrip sovereign debt seem to be well and truly over for the countries of the Old Continent.

As budgetary austerity becomes the order of the day for EU member states, calls for spending cuts on the EU level are coming to the forefront as negotiations for the new seven-year EU budget take place. Some Western European countries argue that if fiscal discipline is to be taken seriously, there should be visible cuts to the federal budget as well. It is not difficult to see why the British or the Dutch prime minister support such initiatives as they want to appease electorates tired of cuts in social spending and high unemployment.

Cuts mainly concern cohesion funds, i.e. those “fiscal transfers” aimed at ensuring that new EU member states catch up fast with their older peers. What these politicians don’t talk about are the possible repercussions this collapse of solidarity could have on their own societies.

The centre of Budapest refurbished with financial help from the EU – an image by itdp on Flickr, CC BY 2.0

Travelling across Central Europe, you can see a lot of development projects and if you look again at these construction sites, most of the time there is a small EU flag on the information posts signalling the EU’s financial contribution. As far as Hungary is concerned, the GDP of the country has increased by 9% thanks to the cohesion funds coming from Bruxelles ever since the country first joined the Union in 2004. The impact of such developments is twofold: firstly, they create jobs; secondly, they built up the infrastructure badly needed for further investment by the private sector.

If Western European leaders choose to cut funding for these projects, they risk further economic troubles in Central and Eastern European countries whose economies are already stagnating or in recession. The decrease in the number of such projects in Central and Eastern Europe would impact on the ailing job-markets of these countries as well, forcing a number of young people to try their luck elsewhere. Where would they go? The answer is obvious, mostly to Western European cities – cities in some of those very countries proposing such cuts in EU subsidies in the first place.

The UK government has firsthand experience of what the mass migration of young people from new member states means to English society. With constantly high domestic unemployment, especially among the youth of the country, governments like the UK’s face a dilemma: cutting their contribution to the development of poorer countries may please their electorate in the short term but is more than likely to trigger a new mass influx of young professionals from Central and Eastern Europe willing to work for lower wages than local young people already struggling to find a job.

This is the other face of solidarity in the EU: if you fail to lift up the poor today, they might just come knocking on your door tomorrow.