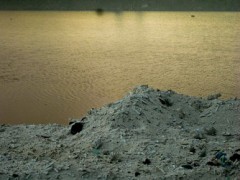 “What we may be witnessing is […] the end of history as such: that is […] the universalization of Western liberal democracy as the final form of human government.” Decades after its publication, Francis Fukuyama’s proclamation of the unabashed triumph of democracy still produces uproar among readers and commentators.

In 1974, scarcely 30 percent of existing states could qualify as democracies; today democracies account for more than 60 percent of states. As the Arab Spring has shown the world, people are still willing to cry out, fight and die for democracy. For the guarantee that political authority is only temporarily granted to a representative government which obtains this authority through fair electoral competition based upon the equal participatory rights of the citizenry.

Is democracy however, as an institutional form of political life sufficiently well equipped with the right instruments to deal with future challenges? And in particular, can it address climate change, the silent yet deeply incisive crisis of our time?

Climate change affects the entire planet yet any national democracy will always prefer a free ride on other countries’ environmentally-friendly policies, without having to pick up the bill for their enactment. Although the United Nations charter essentially proclaims that all states are equal and that international forums such as the United Nations General Assembly should act as a universal parliament of sorts, realpolitik forces us to admit that some states are more equal than others. There is no such thing as universal democracy expanding beyond the nation state. The European Union, an experiment in enlarging democracy beyond the nation state, lacks truly powerful pan-European democratic institutions, with the exception of a (still) weak parliament. Consequently, parochial, national democracies find themselves compelled to address climate change – a universal phenomenon borderless in both origins and solutions – on their own.

Secondly, when it comes to climate change, uncertainty is the name of the game. Reports come out periodically estimating the number of persons affected by climate change at 300 million people, with as many as 300,000 climate change related deaths every year. Former UN Secretary-General Kofi Annan affirmed that climate change is the biggest humanitarian emergency of our time. Up to now it has been the world’s poor that climate change has hit most drastically. We don’t know exactly when we’ll truly feel the consequences of climate change in most parts of the world, how badly it will hurt and how expensive it will be to fight. The Stern Review estimates that average losses (non-market impacts like social costs and health risks included) in global per-capita GDP due to climate change in the next 200 years will range between 5.3 and 13.8 percent, depending on the size of the climate-system feedback. Other studies (generally known as Integrated Assessment Models) are much more conservative, estimating losses at about 2 percent of global GDP per capita. Given such broad intervals and the general need for cuts in public budgets everywhere in the world, it becomes very difficult for scientists to convince even democratically elected politicians that they need to invest massively in cutting down emissions.

Within this landscape of vague borders and collective uncertainty, any good democracy must listen to the voices of all stakeholders. Unfortunately, in practice some voices are stronger than others. When it comes to energy and environment, industries of all sorts (from car companies, to aluminum and cement producers) speak much louder to democratically elected representatives than regular people do. The information and power gap between industry representatives and regular citizens is wide. Consequently, most democracies are inclined to favour particularisms at the expense of the collective good.

Even though it had a favorable starting position, authoritarian China set an ambitious goal for improving energy intensity (the energy used per dollar of gross domestic product), and nearly hit that goal in 2010. The government did this by decree, arguably giving a lesson in efficiency to those regulators in the United States and Europe who are democratically mandated to listen to all voices of the polis, though practically more inclined to pay attention only to the more piercing ones. In April 2011, the 365 cadres who make up the Communist Party’s Central Committee passed an ambitious new five year-plan, which aims at reducing energy intensity by 17 percent below 2010 levels. Investment in clean energy in China rose 30 percent last year to $51.1 billion. This was by far the largest figure for a single country (given its enormous population, per capita figures are, of course, much less ambitious) and represented more than 20 percent of the total global investment of $243 billion, according to Bloomberg New Energy Finance. Surely, in view of the fact that China lacks democratic transparent checks and balances, all these figures need to be taken with a pinch of salt. At the same time we have to admit that the intricate hallways of the US Senate – to many the epitome of democracy – thwarted the Climate Change bill in a checkmate.

Last but not least, the issue of time horizons makes the marriage between climate change and democracy a thorny one. Democratic rules of the game ask us to delegate power for 4-5 years at most. Yet issues such as climate change involve infinitely greater time horizons. History knows few examples of  rational political actors interested in maintaining office for more than 4 years who willingly sacrifice pollution-making industrial and economic policies – which nonetheless bring great welfare to the voters in the short-run – for the sake of vague promises of a clean environment in 20-30-40 years.

Democracy is like myopia, argues Matthew Yglesias at Thinkprogress.com. As statistics demonstrate, the economic performance of governments in an electoral year determines the election results to a much larger extent than the overall performance during the entire term. Hence populism: because we see better from close than from afar. And democracy’s greatest drama is, after all, its simple initial condition: we cannot choose our fellow citizens; we can elect representatives, but not the electorate (Source: Offe, 2002). So for the time being, one in three English people say that climate change is exaggerated while less than half of Americans believe in the phenomenon.

As a Romanian who has felt the bitterness of communism and travelled the thorny road to democracy, I still remain firmly committed to the democratic ideal. National democracies, however, need to become more responsible and forward looking when it comes to climate change. The public, and especially young people, must be educated on the causes, effects, and potential solutions to climate change. I believe global solidarity must be taught in schools, and piecemeal solutions must be implemented for strengthening global organizations such as the United Nations Environment Program. Within the realm of the nation-state, we should delegate more responsibility to fiduciary institutions (e.g. expert councils with mandates of at least 10 years for advising on climate policy). Because global challenges will grow stronger and stronger, we need to save democracy from its own discontents.