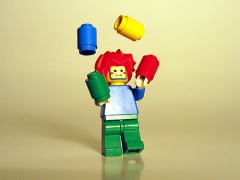 Back in Latin America, or at least in Peru, Colombia and Costa Rica, the traditional pressure on women is to be a mother, homemaker and caretaker and stay at home. Women are supposed to be submissive, pretty, delicate, well behaved, obedient, organized, have a partner, be sexy, cook well, and take care of the children. When I moved to the United States last year, I thought I would be leaving these narrow scripts of what women should do or be behind. Instead, what I found was that for women in the USA the pressure is still on, and on in many areas beyond the household. Back in Latin America I believed that the hardships working women faced in our culture had a lot to do with women going against gender norms and the traditional “machista” society where men don’t lend a hand around the house. But women in the USA are now expected to be great in any and every sphere of life, at work and at home: girls are being raised to dream big and reach for the moon. Even so, it seems that for many the message being received is that if you don’t actually touch the moon, you’re a complete failure.

This pressure is seen all the time in the mass media: whenever women are interviewed about their professional accomplishments, they are inevitably also asked about their situation at home, who takes care of the kids and about how their husbands are dealing  with their success. There are hundreds of blogs written by successful businesswomen who write about how they balance home and work, and there are thousands, if not millions, of readers who connect with them daily, trying to learn how they can do it themselves as well. I’ve talked to female friends who live here, and those who have moved from the USA to Latin America and they all agree: women are expected to take care of it all and do it superbly well, even if this means that their own needs are never met.

This unattainable ideal is known as “Having it All”, the shining utopia where women balance their lives with effortless grace in the personal, professional and home spheres. Ever so often bloggers will come out and admit that their lives are not as perfect as they appear, such as in the “Things I’m Afraid to Tell You” movement where many female bloggers decided to come clean about the insecurities and details they keep hidden and don’t share on their blogs for fear of judgement, of being criticized, of having readers lash out at them, of being made to feel like failures.

The greatest shock to me as a Latin American was when I understood that back home in Colombia and Costa Rica I had been able to shrug off the gender norms because I didn’t particularly want to be a woman who had all the traditional desirable characteristics like obedience and submission. But here, I really do identify with this woman who wants to have it all. I do want to have a healthy lifestyle where I eat properly and exercise enough, to dress smartly for work and be appreciated by my co-workers and recognized as a valuable asset to the organization, to go after work for drinks with my close-knit group of girlfriends who are my support network, vital for my emotional well-being. To go home and cook a delicious meal for my husband as we talk about all the interesting stuff we did that day and just enjoy the time we spend with one another. And if we ever had children, I’d want to be there for them. But as other women have experienced, this ideal is a mirage, and you can only juggle so many balls in the air before dropping one or more. It seems that as women have gained responsibilities outside of the home, instead of shifting to their new roles expectations have just piled onto the old ones, and no one is really taking up the slack. As new balls are added, women keep on juggling and juggling these responsibilities while audience on the sidelines yells “Faster!” and “More!”. As an immigrant, I am expected to buy into this model, since it is sold as progress. I will need to balance all the cultural expectations I already carry in my baggage with all these new ones that have come into play.

In Latino Women and Gender Issues by Thomas Brown and Raymond Arthur Smith of Columbia University, the stakes are raised when the fact that we are Latin American immigrants comes into play. Apparently, we’re considered neither as driven nor smart:

Latina women who are employed, integrate into society quicker than those who are not. While helping to provide for themselves and their families, these working women are subject to criticism and stereotypes by people of the same culture and by American society as a whole. Within this traditional culture, these women can be perceived as masculine and neglecting their domestic responsibilities. In national media they can be stereotyped as either an uneducated domestic provider or portrayed as having modest professions such as a maid or fast-food clerk. This myth has been engrained into the national psyche and has been coined The Maria Paradox.

This disturbs me deeply on various levels. Privately, that by being currently unemployed, I play onto this stereotype of uneducated worker. On a professional level, that maybe when possible employers see my name on a CV, they will not want to hire someone they consider uneducated just because of my Hispanic surname. And on a social level, that if I do get a new job, I will have to outperform everyone else just to prove the stereotype wrong and I won’t be allowed to fail, because that’s what they will see. And on top of it all, I’ll still have to shoulder the average US woman’s burdens of keeping family, home and career in perfect balance.

How do you thrive in such an environment? Is there a way out? I can only think that I should perhaps borrow from the book of what I learnt in the past, and find a way to start defining my own vision of success where the great thing about having different choices is that we can all make different ones, we don’t need to pick them all.