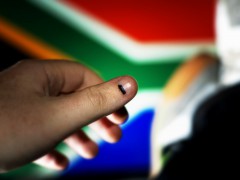 Our world is more democratic than ever. Proving the post-Cold War mass democratization to be a historical rather than circumstantial development, the proliferation of democratic regimes has continued to the present day. Look at the Arab Spring, Egypt, and the unrest that continues to unnerve non-democratic regimes in countries such as Syria, Hong Kong and Mauritania. Look at the impact that social media has had in allowing people to exercise their power.  Look at the elections that have, or are soon to be taking place throughout the world, most notably in Burma. This is the Golden Age of Democracy.

Or so we are told.

A hard look at data depicts a slightly different picture. Data collected in 2011 by Freedom House for its annual Freedom in the World report showed that only 87 of the 193 members of the United Nations are “fully free” democracies. In terms of population, this translates into the fact that just 43 per cent of the world’s people possess a high degree of political and civil freedom. This is despite the fact that such freedoms are, by definition, human rights. In fact, the 2012 report found that “more countries registered declines than exhibited gains over the course of 2011.” This, in fact, has become the rule rather than the exception: declines in democracies have exceeded gains for six consecutive years.

How, then, is it possible to reconcile the apparent global decline in democratic freedoms with the proliferation of democratic regimes, which has fuelled the ‘golden age’ perception?

A starting point is to consider that embracing democratic government does not, of itself, mean that citizens are automatically granted political and civil rights by virtue of their membership in the polity. Locke was rather optimistic in taking that view. Rather, our rights are increasingly concentrated in the bowels of international institutions such as the United Nations, engendering implications we don’t even realize – until we are most exposed to them.

There are two problems with this taking of rights management outside the hands of states and into the international arena. Firstly, the international system itself is not democratic despite the fact that it is based on the notion of sovereignty. Putting aside the fact that the United Nations General Assembly vote is not actually representative of the world’s population (given its member countries are given one vote each regardless of their respective population sizes), the very existence of the veto power within the Security Council renders the very idea absurd. The fact that the ten most populous UN member states, representing 59.3 per cent of the world’s population, possess only 5.2 per cent of voting power within the General Assembly is a sobering one. How are countries to fight for the rights of their citizens on the world stage when, in some cases, they cannot even meaningfully exercise their voting rights?

Secondly, to place our rights beyond our reach into the hands of international polities – especially the UN bodies responsible for overseeing treaty obligations – in many ways empties the substance of belonging to a democratic domestic polity. Even Australia – one of the most democratic countries in the world – has not fully implemented the International Covenant of Civil and Political Rights (ICCPR) into domestic law despite numerous domestic civil movements, and independent polling by Amnesty International indicating that over 69 per cent of the population in fact favours the codification of rights. What is most revealing about the Australian situation is that, in the realm of rights, it seems the national government has become accountable to international institutions before its own citizens, to whom those rights belong. The Toonen v Australia case, brought by an Australian citizen before the United Nations Human Rights Committee (UNHRC) in 2001, demonstrated that recourse to international bodies was necessitated by the void resulting from the non-implementation of the ICCPR: the UNHRC could hold the government accountable to treaty obligations where a citizen – whose consent is what gives the government its authority ­– cannot.

So, are we living through a Golden Age of democracy? It is not disputed that democracy has benefited many citizens in our world and that it continues to do so. But to be swayed by its aspirations without addressing its flaws – particularly, the democratic deficit which seems likely to increase as the trend towards internationalisation strengthens – risks taking the shine off what democracy stands for.