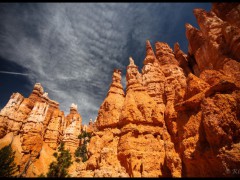 Lean times have fallen on America. Barring a massive political bargain, this year’s federal budget will clock in at below $3.45 trillion, down $150 billion from the previous year (a 4% decrease). Missing are $42.7 billion in defense spending, $28.7 billion in domestic discretionary spending, $9.9 billion in Medicare, and $4 billion in other mandatory spending cuts.

America’s belt-tightening traces its roots to a long-standing debate in Washington about the role of government – either as a barrier to progress and innovation (as many on the Right would argue) or as a necessary catalyst to human progress and a guarantor of social justice (as many on the Left would agree). But while the size of America’s government has long been up for debate, nobody, in either party, wanted the current crop of cuts to happen. Part of the Budget Control Act of 2011, the Sequester (as it has come to be colloquially known) was created precisely because it would cut programs long held sacred by both parties.

Now that the Sequester has gone into effect (and with no sign of a budget deal on the horizon) some on the Right (including Stephen Moore of the  Wall Street Journal) have begun changing their views on this poison pill.  Some have even gone so far as to argue that the Sequester has actually been a boon for the Republican Party – and for America as a whole.

But is that true? Has the Sequester really been painless, or have the costs simply been hidden from view?

NO WALK IN THE PARK

Buried under all the talk about air-traffic shutdowns, federal furloughs, and defensive vulnerabilities are a series of relatively small reductions to federal budgets. If there truly were painless cuts to be made to the government, it would be these, not particularly significant in dollar value, receiving very little media attention, and far from services that most would consider to be “critical” to the federal government. Of these, the $153 million taken from the Department of Interior’s National Park Service (NPS) seems perhaps the most innocuous.

But it is in these places, far from Washington, D.C. and far from the public’s eye, places like Virginia’s Shenendoah National Park, Utah’s Bryce Canyon National Park, and even the Florida Everglades where this austerity argument breaks down. While the specific ways this fiscal pain is being faced differs by location, the case of Bryce Canyon National Park in Utah provides one look into the tangible difference that these spending cuts are making, both on our national treasures and on the economy overall.

Last year, 1.4 million people made the long journey to Bryce Canyon, four hours from Las Vegas, to visit the park’s famous hoodos, geological structures formed by frost weathering and storm erosion of river and lake bed sedimentary rocks. These visitors did more than just marvel at rocks and wildlife – they also slept, ate, drank, and relaxed in the surrounding communities, bringing significant economic benefit to the region at large.

This year, things have been different. While the tourists are still coming, they are finding themselves in a park with significantly reduced amenities, lacking the type of upkeep that will allow it to retain its beauty in years to come, and cutting corners on things like safety and search and rescue. The park has been forced to cut $163,000 from a budget of $3.3 million, making it unable to hire a seasonal fee manager, forcing it to shorten the positions of six other seasonal positions, and leaving it with too little money to fill six vacant permanent roles. As a result, park officials say that many educational programs have been cancelled (impacting programs that serve 3,000 to 4,000 mostly low-income and underserved students from nearby areas). Additionally, the park, which responded to 1,100 emergency incidents last year, is working with reduced capacities for emergency response.

For this and many other parks, these cuts have meant operation at a level that is insufficient to sustainably manage the visitors coming in, suggesting that even these reduced levels of operation will be unsustainable in years to come. While the visitors haven’t stopped arriving yet, without improved funding in future years, they certainly will.

CUTTING THE BUDGET, INCREASING THE DEFICIT

Few would say that this loss of park visitors would be a good outcome. After all, nobody is arguing that Bryce Canyon is not a great place. The real question at dispute here is whether Bryce Canyon is worth the price to the American taxpayer?

Yue Cui, Ed Mahoney, and Teresa Herbowicz of Michigan State University (MSU) provide the most comprehensive answer to that question in their 2011 report, “Economic Benefits to Local Communities from National Park Visitation” (this report, while funded by the NPS, is researched and written in a manner independent from the service itself and is subject to peer review). Building on the work of their MSU colleagues, Stynes, Propst, Chang, and Sun, these researchers have applied an econometric model of typical park visitor spending on food, lodging, gas, retail, local transportation, and other vacation-time necessities to statistics on in-state and out-of-state visitors to all of America’s national parks.

Overall, they’ve found impressive results: national park visitors have accounted for $16.50 billion in “value added” and, of that, a full $9.31 billion in labor income (excluding the payroll of the NPS itself) – made possible by only around $3.1 billion in NPS spending. All of this has amounted to 251,600 jobs – a significant sum, to be sure.

Unfortunately, the Sequester is only the latest of a series of actions that have cut funding to America’s National Park system. In fact, in a study commissioned by the Democratic Committee on Natural Resources (and led by Massachusetts Congressman Ed Markey), all but one of the 23 National Parks surveyed have seen budgets decline consistently since 2010 (some by more than 25 percent).

The National Park system may be facing a breaking point, and, even if it isn’t yet, it certainly will if this trend toward lower spending continues. While the remaining NPS dollars, still around $2.6 billion, may seem like a tempting place to find further “savings”, cutting them would only serve to make our economy worse off, while reducing the budget deficit far less than it may seem at first.

Taking some simple math from Cue et al’s work, if the US park system generates $3 in labor income for every $1 in NPS spending, then cutting a further $2.6 billion will actually lead to a decline in labor income of $7.8 billion. Applying even a conservative 18% federal income tax rate to that yields lost federal revenues of $1.4 billion, all for just $2.6 billion in reduced spending (i.e., deficit reduction of less than $1 for every $2 cut). This seems a large price to pay for a relatively small drop in the federal deficit – not to mention all the damaged caused to the local economies of towns near the parks, which are dependent on tourism to stay afloat.

THE CASE FOR MORE SPENDING

The National Park System is not a special case. Compelling arguments could be made for many of those programs which have seen cuts as a result of the Sequester. While they may look good on paper or be proclaimed as “costless” by Wall Street Journal op-eds written in isolation both from economic research and on-the-ground realities, such cuts always come with their own sets of consequences.

As is often the case, eliminating the spending may do more harm than good.

A 2011 economics graduate of Yale College, Jesse now works as a strategy manager for a multinational consumer products manufacturer in Portland, Oregon. He previously served as a management consultant at McKinsey & Company's Washington, D.C. office, where he advised clients across the public and private sectors.