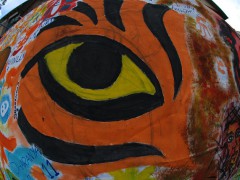 The tremors of the world’s economic crisis are never fully resonated in Australia, a country with an advantageous tectonic and fiscal position.

While us folk down under have been largely immune from the austerity measures, high unemployment, recessions and debt burdens crippling Europe, the UK and US, our geography and politics does not shield us completely from this manmade disaster, as our tectonic position does from naturally occurring ones.

Australia’s recovery from the 2008 global financial crisis, in comparison to the rest of the world, has been like walking from a car crash with only minor bruising, while the rest lay bleeding and broken, requiring intensive care and years of rehabilitation.

It is this strength and quick recovery that many believe is the cause of the latest incarnation of the never ending ‘boat people’ saga, one that has dogged Australian policy makers for over a decade.

The current political mantra is that Sri Lankan asylum seekers arriving in Australia are coming for economic reasons and not for humanitarian protection.  It is an opinion voiced strongly and unashamedly by both major parties, especially the ALP, who is dealing with the political heat of having overseen the number of Sri Lankan asylum seekers skyrocket from 370 in 2011 to over 6,000 in 2012.

Despite some impressive surface figures, including an unemployment rate of 4.2% in 2011, less than 10% of people living below the poverty line in 2010, one year after the end of a quarter century civil war and a growth rate of 6.8% in 2012, Sri Lanka is a country still deeply divided and struggling to reconcile.

In the mainly Tamil north-east, the ‘losers’ of the civil war face unemployment rates of 20%, a debilitating drought affecting agricultural communities and are largely onlookers to any development which is occurring, giving fuel to the Australian governments economic migration argument.  The ‘victorious’ Singhalese government continue to play lip service to a national reconciliation effort and promote self interested infrastructure projects in majority Tamil areas.

IDP in Sri Lanka as a result of the ongoing conflict, photo by springm on Flickr, 2008 CC-BY-NC-SA 2.0

Australians will be reminded of our connectivity to the region and Sri Lanka in particular, as their national cricket team prepare to take us on in a test series this summer, an opportunity that will be used by advocates to focus on the issues of asylum seekers and conditions for Tamils in Sri Lanka.  However, the true test the Australian nation faces right now is how we respond to our treatment of those with less than us.  As a nation we revel in the benefits we reap from a globalised economy and a strong fiscal position, yet we continue to accept our politicians abusing those who come here asking for protection.  Immigration Minister Chris Bowen has defended the recent forced repatriation of over 500 Sri Lankans, despite not allowing them to have their claims for asylum heard.  This kind of heavy handed approach isolates us as an immature country, with too much take and not enough give.