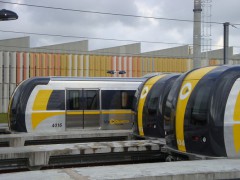 The fight against corruption is an ever-present key issue in Brazilian media and society. It’s common knowledge that, despite Brazil’s vast economic potential and the country’s commitment to political and social stability, much of its growth has been sapped by the cancer of corruption. Whether through inefficient governance and institutions (and a body of civil servants willing to break their oath on the rule of law) or through corporations that use bribery and unethical agreements  to boost their profits, corruption is a pervasive problem that prevents Brazil from truly engaging with social, economic and political transformation.

Much has been written about 2012’s so-called “trial of the century“, in which leading members past and present of the Brazilian government were found guilty of a number of crimes in the widespread vote-buying scheme known as “mensalão”. Similarly damaging is the ongoing scandal related to a cartel scheme in the public transport system of the state of São Paulo, uncovered earlier this year. Investigations into the collusion between public transport authorities, state government officials and executives from a range of famous companies (from Germany`s Siemens to Japan`s Mitsui) have revealed a highly sophisticated corruption scam at the interface of the public and private sectors. Collusion of companies and public officials has allegedly led to inflated project costs, with direct impacts on public budgets and users of the public transport system in São Paulo.

Such an ulcer bears out the findings of the Country Report of the Bertelsmann Stiftung’s Transformation Index (BTI) which states,  ”Brazil has a strong legal anti-corruption framework, but implementation and effective enforcement remain a problem, above all at the state level”.

Yet Brazil is now poised to add one significant new piece of legislation to its compendium of anti-corruption regulations. The country has realized that the fight against unethical practices cannot merely target public officials but also needs to address corruption in the private sector and the profits it generates there. Like the United States’ Foreign Corrupt Practices Act (FCPA), the new Brazilian “Clean Company Act“ imposes strict liabilities on companies. It envisages severe sanctions, with penalties of up to 20% of the offending company’s annual gross revenue.

The new legislation, which will enter into force in 2014, has been celebrated as an effective and much needed move in the fight against scandals such as the São Paulo state transport cartel. While it is still unclear if the companies affected will really suffer the consequences, the new legislation, lauded by a media sector unafraid to expose wrongdoing and a civil society that has recently discovered its power, will certainly make a vital contribution to Brazil`s transformational fight against corruption.

Such growing awareness of the public and private implications of corruption mirrors the actions of other countries, like Liberia. As discussed in this BTI country report, Liberia has established the National Integrity Forum, a committee drawn from state bodies, civil society organizations and business associations. Its format as a forum underscores the value of quality dialogue – a complex but necessary tool when dealing with the dark side of dialogue that is corruption. Will Brazil follow Liberia’s example and build on the momentum created by the “mensalão“, the transport cartel and the new clean company legislation to strengthen its institutional arrangements?

Once again, it is just as important for Brazil to actively enforce the current rule of law as it is to enact new (even if more efficient) anti-corruption legislation—lest all such well intentioned moves only succeed in widening the gap between what is said and what is done in Brazil.