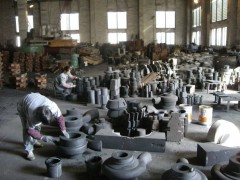 China operates a household registration system, the hukou, which is often times bewildering to foreigners. As outsiders, we often assume that freedom of movement within our country of citizenship is sacrosanct. Domestic migrants in China, however, pay a high price.

The recent Economist article about China’s unequal hukou  system was correct in pointing out that the hukou may be one of the causes of the significant urban and rural inequality in China. However, missing in analysis of the social costs of urbanisation is the educational costs that the children of rural migrants pay. The army of migrant labour, estimated to be upwards of 250 million, bought in from the countryside to staff the factories of the coast, incurs minimal costs for the government. Locked out of the China’s social welfare in the cities, such as public housing and schooling, these migrants are not so much hidden or underground but obvious and barely tolerated. Large numbers of Chinese rural migrants where the children are left behind in the rural school systems who do not have urban hukou to access to utilise rising public school systems in the cities on the Eastern coast.

Shanghai’s school system came up top in the last survey of global school systems, the Programme for International Student Assessment rankings in 2012. It was undoubtedly a sign of China’s growing ability to educate its young in Shanghai. However it offers no panacea for the millions of rural migrants and their children wanting the upward social mobility promised by education. As commentators work out if there is a uniquely Chinese educational pedagogy, the celebration of the achievements of the Shanghai school system also puts in stark contrast the lack of resources in rural schools.

Part of the Chinese Communist Party’s achievements in China was to even out educational access. Their policies of educational egalitarianism in China policies led to previously elite city schools opening up their recruitment areas and populations and large scale projects to educate the countryside. Governed by ideology, education in the early years of the Chinese Communist Party’s reign, when literacy rates were around 20 percent, saw widespread opening of education to the peasantry, women, and other previously educationally disadvantaged social groups. This history of enlarging access to education has continued with the simplification of Chinese characters in the 50s and the popularisation of Putonghua (Mandarin Chinese), compulsory nine years of education in 1986 and the growth of literacy rates to almost universal levels.

Social mobility is tied to success and access to quality education in China. The teenagers taking the yearly Gaokao, the standardised exam that sits as a prerequisite for university entry, are carrying the dreams and hopes of the parents in the age of a one-child policy. With rural schools facing closure due to low intake and poor resources, the difference between rural and urban education is stark. Possessing a rural hukou means that the children of migrant workers cannot enroll into public cities schools. Those ‘left behind’ children have to enroll in poor rural schools with high dropout rates and face the prospect of being unskilled workers while China is moving towards a semi-skilled and skilled workforce.

The difficulty of hukou reform, with vested interests on both sides of the urban and rural divide makes improvements extremely slow. There still remain attractions in holding a rural hukou, as you get to hold rural land which can sometimes but not always prove lucrative from farm rents or from compensation of compulsory purchase among other welfare benefits. Without major national hukou reform, the problem of providing access to high quality early, primary and secondary education in rural areas is one that will require serious institutional, political and social commitment. At this point, the urban-rural education gap could be bridged by recruiting high quality teachers into rural schools, along with institutional and structural reforms to provide rural schools with the ability and resources to match city schools.

In the longer term however, the problems of education inequality remain symptoms of not just an urban-rural divide, but also widening inequalities in other areas. The early achievements of the Chinese Communist Party in providing education to the masses provided the engine that China’s immense economic growth is built on – her literate rural migrants. With rural China not being able to retain its most productive young and healthy population, it’s not hard to see that China today is caught in a bind – unable or unwilling to fully urbanise the rural migrants, but also not being able to send them home. The question that has to be asked, in a time of growing national wealth and confidence is will the children of the rural men and women who built the China of the coast and cities be facing a better future?