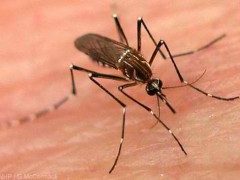 If pseudo democratic governments fail to manage outbreaks of epidemics, communities can come together to support people by tapping into their resources.

Dengue fever has been a nightmare for the people of Pakistani in the last two years. In 2011, it reportedly infected more than 1400 people and killed 300. This incidence is much higher than that of the previous years. Despite prior knowledge of the outbreak of this epidemic, the current democratic government has neglected to put precautionary measures in place and failed to manage the outbreak of this serious epidemic.

The problem at governmental level is that as its approach is based on ad-hocism, long-term planning is never a goal. The government fails to foresee the long-term effects of the problem. Not only are its policies for the appropriate provision of space and treatment fractured but there is also a lack of proper education about how people can manage this disease at home. The approach of the so-called democratic government seems to be administration-oriented where officials vie in a competition for the “I-WON” medal in eradicating and managing dengue-related issues in their province. What the government really needs to do is take a people-oriented approach to work on the ‘real’ problems – availability of medicine, information/advice, and the fruits necessary for curing dengue – in short, to provide people with a better, healthy living conditions. The government needs to embrace a multi-faceted policy in order to address issues at all levels from spraying risk areas, accommodating patients in hospitals and arranging mobile laboratories for diagnosis to educating people in all the various phases of the disease.

The rising number of patients makes it very difficult to manage hundreds of patients in the hospital. To address the grave problem of lack of resources people need to be educated about the treatment and the precautionary measures they can take in their  own homes.

I would like to share my own experience in this regard. in October 2011 I was diagnosed with dengue fever. I was treated at home but remained under observation by my physician. Even without diagnosis of this problem I was properly taken care of as I was given the ‘right’ painkillers and fruits. Dengue fever lowers the platelet count in the blood leading to ruptures of body tissues. Due to lack of information people mistake the fever for “normal fever” and thus tend to resort to improper usage of antibiotics and painkillers that kill platelets. Yet if the platelet count is properly managed and retained at a normal level, it does not lead to worse clinical manifestations. Nor did it do so in my case.

When I drank the fresh juices of apple, lemon and papaya leaves, my condition instantly improved. I was further taken care of by continuous anti-mosquito spraying around the area where I live. But there are still other problems.

One problem is lack of resources; the other is the sky-high prices of those fruits that replenish the platelet count in the blood.

I heard that in cities like Karachi, Islamabad/Rawalpindi and Lahore the going rates of papaya leaves – the most effective herbal cure – were astronomical.  I was fortunate in that the gardener of NARC (the National Agricultural Research Council) provided me with these leaves free of cost. It was indeed a blessing but it made me think of the plight of all the others who cannot afford them and thus have no access to the remedy. This gardener’s generous help made me realize that we can also help one another to solve our problems.

If democratic government is failing – as it obviously is – the people of Pakistan can take a community approach based on the principles of SELF-HELP and hence can build communities. The people can re-organise themselves around smaller communities to support and help people in their own localities, workplaces, universities, schools, colleges etc. On the surface this might appear to be a weak suggestion but it can serve as a sound foundation for a progressive and united Pakistan. It would not only put pressure on the higher authorities of government to arrange and provide for the resources the public need, it would also considerably strengthen our social ties.

Where government fails, communities can come forward and fill the gaps. The season of dengue is back on us in spring 2012  – we will have to wait and see how government and the people cope with it.