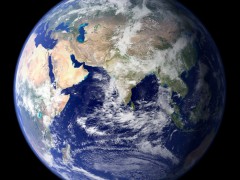 Ever wondered what really sustains our existence? With all the hustle and bustle in our lives we tend to start taking some things for granted. Earth, the mother planet, the green planet or ‘dharti maa’ in Hindi has been sustaining life for billions of years now, and something that has been in existence for so long usually tends to melt into the background as much more interesting and gripping issues gain the attention of human kind.

Over the last 100 years, the human race has been thrashing and bashing the earth, exploiting its resources and using its fossils for fuels with never a thought for the disastrous effects its metal and fossil fuelled creatures would have after 50 years. It wouldn’t have concerned me back then – nor did it concern any of the scientists back then either, probably because they wouldn’t live that long, given that most of them were already in their late 50s.

Now we the humans have come to a halt in our exploitation of the earth that has always been taken for granted. With unusual patterns of seasons, melting polar caps and an increasing number of floods and tsunamis we now are realizing the consequences of the mess we created a century ago. Global warming is  a controversial issue that might be wrong but higher temperatures across the world are surely a sign that we have indeed done something wrong because the world surely has changed very little over the last two thousand years but now is churning and turning into a massive disaster.

Rather than keep on blaming human kind for destroying our precious habitat, however, I would like to point to the green revolutions or efforts being undertaken to protect the environment – the massive movement to promote a healthier, safer, cleaner and greener earth, insistent on protecting the forests and the green life on earth. Technology sure has come a long way spurred on by the consequences of global warming. Various checks and balances on the emission of greenhouse gases have now been put in place while better and much more efficient engines have been developed.  Yet to be honest, we cannot protect our life-giving earth unless we stop now, and by stopping I mean moving back to a primitive way of life and shutting down almost all major industries or relying completely on renewable sources of energy. Human nature is indeed selfish, and we did not start to take any major steps to protect the environment until we realized that our thoughtlessness was causing us ourselves the most harm – from depletion of the ozone layer to rising sea levels.

There should also be some appreciation shown to the governments around the world that are slowly realizing the importance of protecting the habitat. I have seen my own city, Lahore, grow into a greener and cleaner place with the Chief Minister, despite opposition, supporting the banner of a greener and cleaner Lahore. What we need is a midway course between development and protection.  Pakistan became the largest consumer of CNG – compressed natural gas in 2007 and has only a 0.8 percent share in global CO2 emissions. With only 5.2% of its total land area of forest remaining, Pakistan needs to step forward in protecting the environment: neglect of the environment has caused millions of dollars in loss to the economy from cleaning up the mess left by floods and natural calamities. There have also been many collaborating projects between the UNDP and Pakistan’s Environmental Protection Agency but much still needs to be done to bring a sustainable solution to the table. Responsibility falls onto the shoulders of every individual concerned and we need to bring forward ideas that actually provide small but efficient solutions that can be self sustained, like a chain reaction. Many groups and individuals advocate the importance of environmental issues but with a largely illiterate population concerned with immediate material needs, clear communication of such issues is fraught with great difficulties.

It’s not just up to a few individuals to raise awareness of the need to  protect our planet, a combined effort is required. We have to go green right now because it soon might be too late. Start cycling, start walking, put aside your differences and promote public transport and save fuel, money and most importantly your planet. Though we all will depart from this lovely planet sooner or later we need to work now for our children and our children’s children.