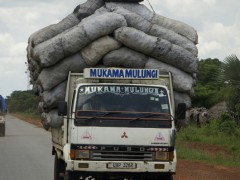 Austerity measures are making more of an impact now in Europe where there are a great many people who didn’t know the meaning of the word “austerity” or didn’t even know such a thing existed before the onset of the euro-zone crisis.

So does Africa need austerity measures or is this a conversation we have yet to have?

I was curious and decided to ask some of my fellow young Eastern Africans from Uganda & Malawi if they thought that African governments needed to cut down on their spending. This is what they said:

Stone Atwiine [Uganda]: Austerity measures themselves shouldn’t be the discussion. These measures should be implemented while budgeting in Africa. For example, cut down on the number of 4×4 vehicles being bought by governments and use the money to increase spending on ICT, say. Cut military spending and increase spending on health and education etc. So it’s really not austerity measures that are needed but better value for money.

Sam Agona [Uganda]: African governments are so much about people who need to maintain the status-quo that they offer no chance of cutting down on what I think is extremely useless spending on the military and military hardware.

Charles Makmot [Uganda]: No, not austerity but what we do need is new priorities. Like Stone Atwine said, 4×4’s must go; medical treatment abroad must be criminalized, the size of Parliament should be cut and so on.The only austerity I would accept is one that involves kicking out aid completely and depending 100% on local resources.

Kenneth Harry Msiska [Malawi]: The solution to our challenges is not to go for austerity. The private sector in most parts of Africa depends on government spending to such a huge extent that cutting back on government spending limits growth in other sectors and so the economy continues to shrink. In football they say the best response to being bombarded by attacks is to do the same, ATTACK!

A colleague of mine earlier pointed out that what we need are the right priorities. Just check the fleet of vehicles our governments have at their disposal and you will understand that our priorities are all upside down. As for the European Union, you should realize that there austerity measures mean reorganising certain priority areas that will not choke growth in the whole economy while in Africa such measures are simply wholesale, not targeted.

These are very divergent views, but they all point to one thing: African governments have the wrong set of priorities. On 13th September 2012, the Prime Minister of Uganda, Amama Mbabazi rejected a committee proposal to cut UGshs15 billion [about US$5,802,705] from the defense budget and divert it to the health sector.

Responding to the Prime Minister, a Member of Parliament for Lwemiyaga district Mr. Theodore Ssekikubo asked: Why is the Prime Minister being insensitive to Ugandans who are dying in poorly facilitated hospitals and health facilities?

Another Member of Parliament for Kyadondo East, Ibrahim Ssemujju, said that State House was spending Shs11 billion [US$ 4,271,850] on in-land travel with over 100 presidential assistants and other senior advisers when there are no doctors in some districts. That is an example of what the situation was then and it hasn’t changed since. What is sad though is that this conversation or debate had to happen in the first place.

Uganda’s problem is not one that can be solved with austerity measures and government cuts. Africa’s affairs cannot be straightened out with a call for governments to cut down on how much they put into some sectors over others.

It is about getting back to the drawing board and re-aligning what is important. Maybe then, and only then, will we see change.