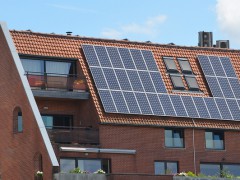 There is one very striking difference between traveling through villages in Hungary and Bavaria, Germany. In Bavaria, almost all the rooftops are covered by solar panels; in Hungarian villages none are. At first glance it would seem that Germany has found its way to clean, sustainable energy. However, this view can be deceptive.

To find out why so-called green energy is so popular in Germany and not in Hungary, you have to look at the regulatory side of the energy market in both countries.

In Germany, the government decided to get rid of nuclear energy after the Fukushima disaster, and turn to green energy instead in a program called the Energiewende (Energy Transformation). In this program Berlin obliged big power companies to buy green energy from small, household producers at an artificially high price. Now it seems that these measures are backfiring. As heavy industry is protected from high prices, German households which do not have solar panels on the roof or a windmill in the garden are having to pay the price for Germany’s going green. Cross-subsidies are discouraged in the EU, yet otherwise virtuous Germany seems to be cutting corners.  Another side-effect is the increase in coal-fuelled power production. Coal is a very cheap form of energy at the moment, yet one of the most damaging ones as far as global warming is concerned. As it stands now, the Energiewende not only squeezes big power-suppliers, it also burdens many families, and some players in the economy. Moreover, huge further investment is needed in the power infrastructure to make it capable of handling feed-ins from the volatile green energy producers. So what now seems to be environmentally sustainable (discounting increased coal production), may turn out to be economically unsustainable in the future. It seems that the Merkel coalition government is ready to take steps to lure voters back from the Green Party but that the cost could well lead to unwanted consequences.

Hungary seems to be on the other extreme. You hardly see any solar panels on the rooftops and windmills are rare, exotic spectacles. One reason for this is the way the Hungarian energy sector is regulated. Here, power companies pay a ridiculously low price for the green power produced by households. It seems that the government is not ready to support such projects. And in any case the authorisation process to develop them is as bizarre and convoluted as anything from Kafka.

Besides which, the government decided to impose an extra tax on big power companies when it came to power in 2010, arguing that the burden of the economic crisis should be put on those who still realise a profit. And as new elections approach, a further reduction in household electricity prices imposed by the government has put the whole sector in dire straits. This is just not an environment where a power company is ready to pay more for energy just to support a noble cause.

Visitors at the nuclear power plant in Paks, Hungary. Sustaining public support is key for the supporters of nuclear energy in Hungary. (Source: Photodiary of an Endless Summer on Flick, CC BY 2.0)

With electricity bills shrinking for Hungarian households, and the country turning once more to nuclear energy, neither households nor big multinationals have any incentive to produce and consume sustainable, green energy. Indeed, the energy-mix looks very “dirty”, with green energy making up only a fraction of the total energy output of the country.

It looks like the public in neither country is ready for a cool-headed debate on energy and sustainability from an environmental and economic standpoint. In fact, neither the German nor the Hungarian answer to the energy problem seems sustainable at the end of the day.