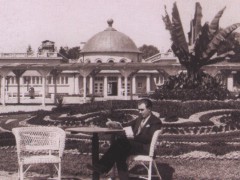 Nickel is as familiar as a five-cent coin. But few people know it’s a metal worth about $ 20, 000 a ton. Estimates show that Serbia has nickel reserves worth  $ 100 billion: a very good reason for mining companies to show interest.  One company actually got an exploration license with the logical aim of starting mining if the quality and quantity of the findings made it worthwhile. This company stresses that mining would be a long-term operation lasting about 25 years and creating 5000 jobs. In a country with sluggish growth and unemployment at nearly 30%, reviving the mining industry should be great news – a real breakthrough… but is it?!

MINING NATURAL WEALTH. THE ROLE OF THE LOCAL COMMUNITY

Serbia’s National Strategy for Sustainable Use of Natural Resources demands a balance between the use of resources, economic and social interests and environmental protection. Yet the nickel deposits are located in several very densely populated municipalities in the most beautiful parts of Central Serbia where reconciliation of such interests is difficult. One location is in a region with great natural wealth where local development plans are already in place, channeling municipal development mainly into vineyards, tourism, and the processing of fruit and vegetables. The Republic of Serbia has invested tens of millions of euros in the development of agricultural production and placement of agricultural products in the whole region –  which already has an annual  turnover of  € 20 million. The spa resort of Vrnjacka Spa has a tradition of tourism and healthcare stretching back over 150 years and also boasts two springs of mineral water which have commercial and not just therapeutic value.

Vrnjacka Spa in the 1930s, Photo provided by the Tourist Organization of Vrnjacka Spa http://www.vrnjackabanja.co.rs

The main catch here is that local government authorities were neither consulted nor informed when the mining company asked for its exploration licenses. Debates, meetings and consultations have been held with experts in the field over the past few months, both on the local and national level. And in their public appearances investors and government ministers made great ado about the suitable example of the industrial complex at Kavadarci in Macedonia where the nickel has been produced for decades in close proximity to vineyards and villages.

Encouraged by this example, representatives of the municipalities affected recently organized a visit to this Macedonian city with a population of some 30, 000. What they saw there turned their skepticism into grave anxiety. Local wine producers spoke of the red dust in the air which falls on the grapes, polluting water and soil. Deposits of industrial waste (10 million tons!) cover more than five acres of land in the nearby village. Some streams are colored red, and even some locally grown cabbage has turned that color. Between 2006-2010 382 locals were diagnosed with cancer according to an unofficial report by the one local physician: official data for specific regions is hard to get. The Serbian delegation were appalled and terrified.

It should be emphasized that nobody questions the need for assessing the state of mineral ores. And yet the National Area Development Plan mentions nickel only en passant. According to old research findings, ore in the region is actually poor in nickel, with a concentration about 1 percent. This strongly suggests that extraction will involve production of huge amounts of waste rock with no landfills for its disposal. Hypothetically speaking, the target profit could only be achieved if the nickel were totally pure. In reality,  such investment would definitely be profitable, but only for one particular company.  In local terms revenue would be insignificant, and in any case local people are more knowledgeable about agriculture, tourism, and hotel management than they are about geology, engineering and mining. Last of all, the proposed mining project runs contrary to local area development plans and other local strategy documents.

A vineyard near Topola, Photo taken by Milica Gojkovic

Most of the stakeholders opposing the project claim that it came from a single ministry, and the general assumption is that government approval was given so imprudently that the actual exploitation phase could well start by slipping through the back door.

There are no safe technologies in mining, say the experts. Mineral exploitation inevitably leads to environmental degradation – in landscape, flora, etc. The use of even the most advanced technologies does not guarantee clean and safe processes. Serbian laws in this field are weak and outdated so that citizens are actually the most  threatened by potential abuse of legislation.

Anyhow, municipal councils have made decisions, and local assemblies too; thousands of citizens have signed petitions opposing mining activities in their local communities in a show of strength that has united the local branches of all political parties.

WHO WILL HAVE THE FINAL WORD?

Future development of this situation should be monitored. Representatives of the mining company still intend to make use of the license they have obtained. The final decision of the central government remains to be seen as does the reaction of local communities.

In hopes of a non-mining outcome -which I consider reasonable – I must express great satisfaction with the sense of responsibility and awareness shown by my fellow citizens, and with the commitment and accountability shown by various local governments in dealing with this issue. It’s a truly winning combination for social progress and for building an active and prosperous community.