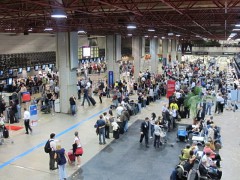 Stronger networking between financial systems is one of the key features of economic globalization  – provided of course that national governments are able and willing to welcome foreign investors into their economies. When successful,  foreign investment articulates three goals: it fills capital gaps and brings business know-how to the host country; it generates an acceptable return for the investor; and it supports development for the people with job creation and the provision of innovative goods and services. However, governments are sometimes inclined to view certain sectors such as energy or infrastructure as “strategic”. In these cases they enact legislation that prevents foreign investors from holding significant interests.  But by doing so the  independence they gain in terms of investment and business decision-making comes at the high risk of losing out on the fruitful potential of international partnerships.

In Brazil the media has recently been discussing the opening of the airport infrastructure and operations sector to foreign investors after decades of closed state monopoly through Infraero, its specialized corporation. A legacy of Brazil’s statist industrial policy, Infraero has singlehandedly managed airport infrastructures in Brazil even since the 1970s. Representing the interests of the government and effectively shelling the industry from foreign strategies, it has contributed to the progressive deterioration of airport technology in Brazil. Arrive at either of Brazil’s main international terminals in São Paulo and Rio de Janeiro, and you’re bound to be disagreeably struck with “two-hour immigration lines”, “unannounced gate changes“ and “an understaffed and over-aged aviation facility”.

Nevertheless, with major international events  – the World Cup and Olympic Games – soon to be held in the country, Brazil has recognized the need to improve its airports before they kick off. Back in 2010 the president of the Brazilian Football Confederation stated that “the three main priorities we have are airports, airports, airports”. The current government supports overhauling the infrastructure and has opened the gates to private sector investment. And while Infraero will remain a key operator, the country is seeing a wave of calls for tender that will incorporate private sector capital and known-how into Brazilian airports, shaping the next step in the history of Brazilian airport infrastructure.

The tender process is truly a paramount step given how it articulates the challenges and benefits of partnerships in infrastructure for the government, domestic and foreign companies, and the wider public. In early 2012,  however, the first tenders for airport concessions were met with dismay even from supporters of private business. This is because the tender process itself had little regard for the actual quality of the candidate operators, leaving the main instrument of choice for the winners to the amount of financial returns they would bring the government. As a result, the tender yielded substantial gains – but crowned operators of small or insignificant airports as the future managers of Brazil’s main airports. Since this debacle, the government has included further quality criteria in the tenders in an effort to attract managers of world-class airports and raise the standards of Brazil’s infrastructure. A symbolic victory was achieved last week when the winners of the recent tender for Rio’s international airport included the company that operates Changi airport in Singapore, considered to be the world’s top airport. The result underscores both the importance of careful structuring of the tender processes and Brazil’s potential to attract foreign investors that can help revolutionize the country’s ailing infrastructure.

We can only hope that tender processes will continue to uphold high quality standards in so-called strategic sectors like airports, both to attract foreign investors and generate added-value for all passengers in Brazil. The benefits of economic globalization cannot be ignored: in the field of infrastructure, they represent a golden opportunity for social and economic development.