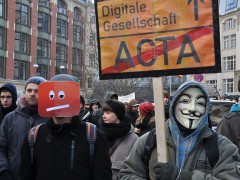 Like many other structural policies, free trade agreements are a tool used by governments to achieve their objectives.

Now tools can be used or misused, and in this case the tool is not being used to its fullest potential. Free Trade Agreements need to be handled with due care if they are to achieve the economic benefits they have the capacity to deliver. Let me explain why.

Free trade is a concept that arouses much opposition around the world but that still seems to be an accepted part of the global economic state of play. Let’s take the case of Australia.

The terms of the Australia – United States Free Trade Agreement (AUSFTA) proved much less favourable than expected for Australian companies.

The influential key industries of sugar and beef at best saw only a modest improvement in terms of access.  A survey of exporting companies conducted by the Australian Industry Group in late 2009 indicated that less than half of companies surveyed saw any direct benefits from AUSFTA while almost 80 percent of respondents said the FTA was not very effective in improving export opportunities. As AI Group chief executive, Heather Ridout said at the time:

“The survey shows that FTAs alone do not motivate companies to seek new export opportunities but do provide some advantages to those already exporting to that market.”

The New York Times also shed an interesting light on the agreement, saying that it:

… sends a chilling message to the rest of the world. Even when dealing with an allied nation with similar living standards, the administration, under pressure from the Congress, has opted to continue coddling the sugar lobby, rather than dropping the most indefensible form of protectionism. This will only embolden the case of those around the world who argue that globalisation is a rigged game.

Yet at the end of the day, AUSFTA has neither substantially benefited nor severely disadvantaged Australia.  The huge growth in trade predicted for the United States failed to materialize, but neither did the fears over intellectual property and the PBS.  It is almost a neutral situation.

The AUSFTA was one of the first significant FTAs that Australia entered into, coming into force under much controversy on the first of January 2005.  The Howard government of the day supported by the Center of International Economics heralded it as a major success.  According to CIE modeling, Australia’s annual GDP would increase up to $6 billion in a decade thanks to the agreement.

It was the first of such agreements and Australia has now sealed seven of them with various nations from Chile, Malaysia, New Zealand, Singapore, and Thailand to the ASEAN bloc.

Could it be that the political role played by Free Trade Agreements is more important than all other considerations? Are they nothing more than just an accurate reflection of the politics of the day?

In this piece by fellow Future Challenges Blogger Aylin Matle, the ‘real’ merits of these agreements are interrogated.  Perhaps, as Alyin mentions, Free Trade Agreements are part of a government’s economic toolkit but also have a subtle but equally important political effect.

On the other hand however, there are examples of when trade triumphs over politics (and vice versa) and perhaps, suggests that the two concepts should not be treated with the same broad brush.

The concept of “free trade” is not in itself inherently bad or negative.  As such, we should switch our focus away from the idea of free trade to the details of the agreements being forged, in an effort to ensure they are as fair and mutually beneficial as possible.

They say that the devil is in the detail and nowhere is that more true.  Each government decides how they will use this increasingly popular tool to further their own policy objectives.  To understand what these objectives are though, we need to take a closer look at the devil in the detail.