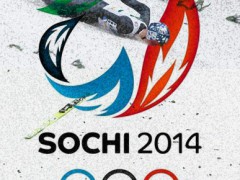 The Sochi Olympics seem to be living up to this saying even before their oficial start.
Photo courtesy of Tjebbe van Tijen on Flickr CC By 2.0

In Romanian, the word ‘maidan’ means empty, weed-choked field. So it was more than a bit funny  when the word became a household  term across the EU in the past few months. The ‘Euromaidan’ became a symbol of democracy and the fight of the Ukraininan people against the choking weeds of a resurgent autocracy that is looking increasingly eastwards against the will of (at least part of) its people. That battle now seems to be won with the Ukrainian government quickly backtracking and rumours of President Yanukovych’s impending resignation. But while the Euromaidan might have carried the day there are still turbulent times ahead.

The past decade has given us a resurgent Russia run with a velvet-gloved iron fist by its only true post-soviet statesman, Vladimir Putin . And while Mr. Putin has proven time and time again that he can masterfully play the ‘game’ of international politics at a level few other leaders can, he has also not shied away from establishing Russia as a counterpoint to Western voices. And as the conflict in Georgia a few years back showed the world, Mr. Putin is not afraid to push back harder when being pushed around by the west.

The European Union, divided and dysfunctional as it is, has managed to more or less maintain a consistent policy of ‘soft power’ diplomacy. It has no other tools, as European countries have been squabbling over a common defence policy for the better part of a decade and still mostly rely on their big brother across the pond for saber rattling. But partnership programs, funding and aid schemes have served it well and have established the dysfunctional quasi-confederation as a diplomatic powerhouse. And it is perhaps this success that Mr. Putin is trying to emulate and counteract with Russia’s soft power push.

Perhaps known better for strongarming shock-protestors, persecuting LGBT people, making it an offence to criticise the state religion and chastening the EU for ‘human rights abuses’, than for careful application of soft power, Mr. Putin’s Russia has nonetheless embarked on a PR campaign to present itself as a viable alternative to the ‘West’ for countries still on the fence. And Mr. Putin’s Russia has the resources it needs to paint itself as such.

Russia’s attitude towards the EU is skeptical at best. Though EU countries are some of Gazprom’s most generous customers , the EU is seen by many in Moscow as the West’s latest tool in a centuries old battle against the Colossus in the East. Unfettered by charges of autocracy and systemic corruption, the Russian government is slowly but surely building an alternative to the EU and, some might say, to Western-style democracy. Mr Putin has built a legacy-worthy pan Asian customs union, an alternative to the Eurozone for those that don’t want to deal with EU bickering over civil liberties and corruption. He has made good use of Russia’s wealth and gas reserves as both carrot and stick. The case of Ukraine is exemplary. When the Pro-West opposition was  in power, complaining over unexpected gas price hikes, Mr. Putin turned off the tap. Now, when the opposition is out of power (and some behind bars) Mr Putin offered his Ukrainian counterpart a deal that he couldn’t refuse.

The Winter Olympics in Sochi are perhaps the latest and best example of Russia’s gilded image. The road has been (some might say still is) bumpy but no expenses have been spared in making the Sochi Olympics the grandest winter games ever. But the excellent PR and location have come face to face with charges of bigotry and threats of boycott. Loose lipped Duma MPs have called for the banning of ‘homosexual athletes’ and even Putin himself  said gay participants and spectators were welcome as long as they ‘keep away from children’. The fact that nobody is boycotting the Olympics is perhaps proof that Mr. Putin’s soft power push is working to some extent.

While due credit should be given to Mr. Putin’s  statesmanship and strategic skills, no amount of rich veneer and triumphant fireworks can mask Russia’s systemic problems or its drifting further and further away from  liberal democracy.