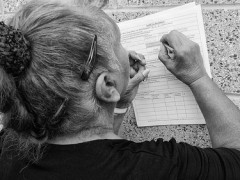 Sometimes the relationship between the state and its citizens can be very complicated. But it’s even more so when it’s not clear who should be a citizen and on what grounds – just like in Hungary now.

When talking about state and nationality in Central and Eastern Europe (CEE), you always have to bear in mind that these two notions almost never match up geographically. Unlike in Northern Europe for example, CEE state frontiers don’t always represent a border between two nations.

In this corner of the world nationality has to do with ethnicity rather than citizenship. This phenomenon makes life more colorful – but at the same time much more complicated.

Let’s skip the historical reasons for now and focus on the current situation in Hungary. There are around 9.5 million Hungarians living in the country and another 4.5 million living abroad, of which 2.5 million live in neighbouring countries.

Shortly after regime change, one focus of Hungarian foreign policy became fixed on the so-called “nation policy” which means that the Hungarian government declared responsibility for ethnic Hungarians living abroad, in other words, to make it very clear, for ethnic Hungarians who are not Hungarian citizens. In the Socialist era it was forbidden to discuss ethnicity issues because they could have fermented conflicts among states in the region – which were of course supposed to be the best of friends forever. However, after regime change, there has been a thaw in these frozen conflicts with mixed results from the peaceful dissolution of Czechoslovakia to the tragedy of the former Yugoslavia. And there’s a middle course that Hungary seems to be following: that of political infighting.

This new-found concern on the part of the Hungarian government is supposed to improve their minority rights, and help preserve and develop their Hungarian identity, including their mother tongue and cultural heritage. Over the past 20 years, successive governments have shown various degrees of enthusiasm for the issue.

The current government seems to be bubbling over with enhusiasm. After funding scholarships, diplomacy and strategic partnerships with Hungarian parties abroad over the last decades, the concept of nation policy has now arrived at a new milestone: the granting of citizenship and the right to vote.

Would World Citizenship be a solution to such problems? Photo by peacepalacelibrary on Flickr, CC BY-NC-SA 2.0

Simplified naturalisation does not mean that a citizen automatically becomes an elector. Suffrage was subject to registered residence in Hungary. However, it was only a matter of time before this detail was changed: in November 2012 their right to vote was approved which means that all Hungarian citizens can vote in the parliamentary elections in 2014.

No surprise that the move sparked much heated debate. The strongest counter-argument was that those who don’t live in Hungary (and don’t pay taxes there etc.) shouldn’t decide about its politics. However, at the moment for Hungarians living abroad the right to vote is only partial: in the mixed Hungarian voting system they can vote only for a party list and not for individuals – which can be actually seen as discrimination, when they’re compared to Hungarian citizens actually living in Hungary…

Yet this issue is complicated both in theory and in practice so it’s hard to take sides. But it would be interesting to make an international comparison and perhaps you can help here..

How does this issue look in your own country? Is it possible to obtain citizenship in your country on ethnic grounds? Does such citizenship come automatically with the right to vote? Is there such a thing as a “nation policy” where you live? Please feel free to take your share in the comments so that we can look into your part of the world as well!