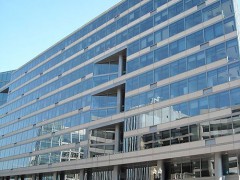 Despite a recent rise in its foreign reserves, Egypt is clearly suffering from an economic crisis as evidenced in its spiralling budget deficit that has now  reached around 12% of GDP. As political instability continues, the crisis persists while the government seeks to stem it by taking loans from various countries, most notably from Qatar which has provided Egypt with a total of $8 billion so far, but also including an interest-free loan  from Libya of $2 billion, a $1 billion loan from Turkey, and $4 billion from Saudi Arabia.

From the IMF’s side, in order to be granted the loan, Egypt must accept certain conditions imposed by the IMF. Although the exact nature of these conditions has not been clearly announced, most likely they will be similar to what the IMF imposes on all other countries –  adopting austerity measures, and reforming and downsizing the public sector. The persistent political instability in Egypt over the past two years and the dismissal and appointment of several new cabinets are also reasons why the IMF  has been reluctant to finalize the loan.

On the Egyptian side, successive governments are finding it very difficult to adopt the IMF’s conditions in Egypt, especially given the present state of instability, as they fear the anger of the people should such strict conditions be imposed. Accordingly, not only has the deal not been finalized, but even Egypt’s ability to finalize it has now been called into question – despite the government’s repeated claims over the past two years that negotiations with the IMF are going well and that they are very close to a done deal.

Rather than do battle with the IMF, the government finds it more convenient to revive the economy through input of the foreign loans mentioned above as these come without strings attached that require changes in government expenditure and economic policies. But are these loans really reviving the economy? I think not, and in my view they are actually taking it to a even worse situation, a situation in which everyone will suffer even if not for the moment. Let me explain.

If finalized, the interest rate for the IMF loan would not exceed 1.5%. On the other hand, the loans that Egypt has already received – with the exception of the Libyan loan – have much higher interest rates. This means that while these loans could indeed revive the Egyptian economy today, they will put a stranglehold on it tomorrow, especially as the government is failing to effect any tangible structural reforms of the country’s economy.

Yes, it is true that the IMF could force Egypt to adopt austerity measures, but in fact at the end of the day these measures would benefit the Egyptian economy. In today’s globalized world, Egypt’s public sector is overbloated, which means that government expenditure on it is very high while the quality of services provided by public sector firms is correspondingly low.

Furthermore, the subsidy system adopted in Egypt is suitable only for wealthy Gulf  countries. It is simply not logical for a country like Egypt to spend EGP 120 billion – or one fifth of total government expenditure! – on fuel subsidies. As Ambassador Marc Franco, head of the European Union delegation in Egypt, said in a lecture I attended few months ago, “It is irrational for Egypt to subsidize me to the tune of €32 just for going on a weekend trip from Cairo to Alexandria.”

Such irrational economic policies might be approved by Egyptians today; however, looking at the huge Egyptian budget deficit, you can easily see that it is these same Egyptians and their children who will be picking up the heavy price tag at some future date. If the IMF’s conditions aim to restructure the government subsidy system, pave the way for a smaller and more efficient public sector, and allow for a more market-based and competitive economic system, then we truly need this loan, not only for the money it brings but, critically, because it will force us – finally! – to adopt rational economic policies.

It is true that these policies would initially dent the economic welfare of Egyptians, but this is the normal reaction that precedes the significant “true” revival of the economy – what economists call “the J curve effect”.

Another significant benefit of the IMF loan would be that it would restore international trust in the Egyptian economy, because IMF agreement to grant Egypt the loan would mean that it considers that Egypt is now on the right path to economic growth. This would stimulate foreign direct investment (FDI) in Egypt, which in turn would raise foreign reserve stocks, create jobs for more Egyptians, and increase the competitiveness of Egyptian markets, all of which would contribute to the long-term welfare of Egyptian citizens.

IMF medicine may taste bitter but we should realize that it is better to take the bitter cure now in order to live to a ripe old age than to live happily today and fall sick and die tomorrow!