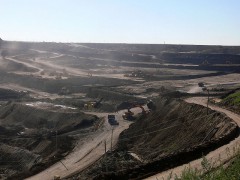 This is a long version of the answers that Amartuvshin Amarjargal (Associate Professor at the University of Ulaanbataar) gave us for the Lead Article A Zero-Sum Game? which deals with the following question: Rapid globalization makes competition for land, raw materials and other resources intense. When the stakes are so high, can rural, indigenous peoples and urban, industrialized communities both benefit from resource extraction? Or is this situation a zero-sum game?

In the case of Mongolia, the benefits of resource extraction are unevenly distributed between rural, indigenous people and urban communities. To a greater or lesser extent, the current legal environment on land ownership makes this inequality more pronounced. In Mongolia, land is considered state property. In 2002, the parliament of Mongolia passed the land law (effective as of 2003 May 1) which permits citizens of Mongolia to own land up to 0.07 hectare to 0.5 hectare per citizen depending on the area in which he/she resides. However, the law states clearly that pasture land will be owned only by the state. Moreover, traditionally and throughout the history of Mongolia, pasture land has always been seen as public property for common use by all of society.

Under these legal circumstances, the government of Mongolia has been rushing to extract natural resources at a very aggressive rate in order to meet the growing demands of rapid urbanization, which is mainly concentrated in Ulaanbaatar, the capital city of Mongolia. As a result, the state has been issuing exploration and mining licenses for mining companies expansively. About 1,200 exploration and mining licenses had been issued all over Mongolia as of 2010, covering pasture land, rivers and water resources. Since the land belongs to the state only, the nomad community had no legal voice in dealings for their traditional pasture land. As for the mining, license holders had no reason to bargain with indigenous nomadic people over the licensed areas.

Coal mine near Hailar, Mongolia. Picture taken by Herry Lawford, published under a CC BY 2.0 license on Flickr.

Given this situation, it is very hard to prove that rural communities are getting the same benefit as much as urban community.

Another big problem of natural-resource extraction for rural communities is environmental degradation. Nomadic livestock is totally dependent on nature, and water pollution, water shortages, dust from the trucks that transport raw coal and other natural resources to China through the Mongolian desert, all make the livestock on which nomadic communities depend more and more vulnerable to damage.

Some economists might argue that labor will move from a traditional sector to a mining sector which brings technology and productivity to economy, but this is not happening yet in Mongolia. The nomadic people are usually less educated and less experienced.  They will not easily find employment in mining sites. This kind of “theoretical” labor shift does not appear to be taking place so far in Mongolia.

The government of Mongolia should have a very specific strategy to balance the rapid growing demand of urban areas and the needs of neglected remote communities.  Even though nomadic herding is “out of date,” the living of almost 30% of population relies on it. In contrast, the mining sector employs only 6% of work force. In other words, the livestock sector itself is neglected. But its role in the Mongolian economy is not negligible, and it will remain appreciable certainly for the next 50 years, I believe.