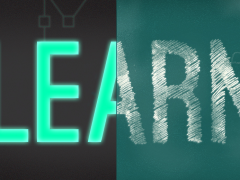 We all have the right to a good education. But the last 12 months have seen protests by students from a huge range of backgrounds, all united in the conviction that the education provided to them falls short of what they have a right to expect.

In Chile and Colombia last year a rash of isolated protests against educational injustice quickly coalesced to form a well organized network of student demonstrations, widely backed by teachers and unions. There were angry clashes but also artistic performances, dancing and paintings, and entire families hit the streets to call on their governments to make a serious commitment to public education.

Meanwhile, in the UK and Spain, thousands of students took to the streets to protest against the rising cost of higher education. The grievances being aired in Europe differed from those heard in South America, but they shared a common thread. That’s because the main problem facing governments in delivering a quality education is financial; a high quality, universally accessible education system is expensive.

The UK’s student protests of recent years are a response to the British government’s decision to pass a big part of the bill on to the students themselves. The argument goes that if individuals elect to improve their earning potential by pursuing higher education, they should take on debt to do so and repay it once they’ve found jobs that enable their repayments. In developing countries such recourse to the individual is not an option, and so it falls to organizations like the World Bank to assist the government with initiatives and aid programs that help to reach millions of children.

But why should education always be paid for in this way? Why should it boil down to the consumer (the students themselves) or the benevolent funding body to foot the bill for a better society? Whenever discussing a big issue like education it’s easy to blame government inefficiencies and forget that the government is not the only one responsible for welfare. After all, doesn’t the private sector, which flourishes in the same society, have its own imperative to help people improve themselves?

The benefits to the private sector are clear – improving education in developing countries not only aids wider society, but also helps to provide skilled labor. The table has turned in the world marketplace: Yesterday’s sources of raw materials and cheap labor have become lucrative markets in their own right, and as developed economies become saturated, these emerging economies are a ray of hope. Helping these economies to grow is the best strategy for sustaining profits, and some international players seem to have realized the need for investing in education.

For example Intel’s corporate and social responsibility (CSR) efforts in EMEA have been praised for their efficacy, while Microsoft’s Shiksha project in India is making a real difference to people’s education.

It’s sometimes said that a government’s inefficiency in any sector makes the private sector grow, and that’s certainly true of education. In Brazil, Fundação Getulio Vargas has been dedicated to providing quality education since 1944, and has established itself as one of the country’s premier research institutes. Similarly in India, there are institutes like Symbiosis and NIIT, which exist to fill the gap created by the public education sector. Symbiosis now provides education to students not only from India, but also from Africa, the Middle East and Central Asia, while NIIT has helped India to excel in IT and has created jobs for millions in a sector where public education still lags behind.

Such success stories show that the private sector is capable of providing education to the masses while maintaining international standards. This model of public-private partnership is the only effective mechanism for providing equal education opportunities to the people. But it’s important to recognize the changes that the education system undergoes when it runs in tandem with a commercial organization.

So far we have thought of education as a right – something that should be provided to all people as a basic element of their belonging to a society. But as we’ve seen it’s difficult to enforce that right, and so it becomes useful to instead see education as a service provided by public and private institutions.

That is why, in a globalized world, education is submitted to the rules of competition. Rankings and standards have been created in order to assess the service quality of various institutions, and states are called upon to adopt legislation and policies that make education fit within that system (see for instance UNESCO`s International Standard Classification of Education).

We must also recognize that some areas of knowledge are more directly profitable than others, and so in a public-private partnership subjects such as medicine and engineering are likely to become favored over social sciences such as philosophy and history.

Public-private partnership in the education system is the only way to address the issues being raised by those young people who take to the streets to demand the education that is rightfully theirs. But while public-private partnerships are the way of the future, we must be careful not to cede full control of education to private enterprise. A strong legislative framework is needed, but if we get it right the state will be able to act as a guardian of rights while the private sector functions as a check and balance in a democratic process. Both can profit if the rules are clear and the terms of competition are transparent.

And the best way to ensure all this is for society to involve itself in what happens in the classroom. Family, interest groups, clubs and other institutions must become involved in the education of our young people – only then will we achieve better education for more people worldwide.