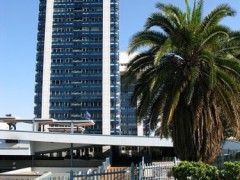 East Africa has the lowest level of urbanization on the continent. United Nations Population Division (UNPD) data estimates East Africa’s rate of urbanization to be 23 percent in 2007. Circular labor migration between rural areas characterizes most movement in the region.

Additionally, rural-urban migration is common strategy of income diversification among rural households. However, since the 1980s, these largely seasonal patterns of mobility have decreased and movement in the sub-region has increasingly become characterized by the flow of refugees and internally displaced persons as a result of wars, outbreaks of violence. In this context of regional interdependence, it is increasingly important for East Africa’s cities to devise inter-urban policy to address resource management to accommodate urban population growth.

In 2006, the World Bank estimated that by 2025, Tanzania would face “water stress”- defined as average per capita water resources below 1,500 m3- due to population growth and the resultant increase in consumption.

The regional interdependence is clearly illustrated where urban burdens from different countries combine, such as Lake Victoria, which borders Kenya, Uganda and Tanzania. The major urban centers near Lake Victoria are Nairobi (Kenya) to the East and Kampala (Uganda) to the North.

Nairobi’s population was 3,038,553 in 2008, and Kampala’s was an estimated 1,659,600 in 2011; these  in addition to other cities surrounding Lake Victoria makes about 7 million sharing water resources, spread across three countries. Considering this reality, cross-border, inter-urban policy bodies could be important for addressing water management as the myriad stresses of urban population growth and climate change dovetail.

As East Africa grapples with water scarcity amid relative abundance, the question of inter and intra-regional resource management requires answer. Within the context of rural-urban migrations and urban population growth one answer is cross-border, inter-urban policy bodies.

For a rural perspective, see Water Scarcity and Conflict at the Ethiopia-Kenya Border