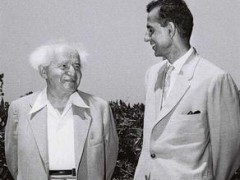 “An ideal form of government is democracy tempered with assassination.” Voltaire suggested more than two centuries ago. Scan the headlines of any major broadsheet today and you can see that many countries (Nepal included)  have taken the assassination bit more seriously than the democracy part.

Nepal has been flirting with democracy for as long as the country has existed. After the autocratic Rana regime was ousted in 1951, it got serious. For the first time an attempt was made to install a government by the people  – although not necessarily for the people. Unfortunately, the process was flawed from the very beginning and the conniving King Mahendra knew it.

The Rana’s had pushed hereditary Shah kings aside to claim absolute power. After the Rana regime was ousted, and a civilian goverrnment lead by Bishweshwar Prasad Koirala of the Nepali Congress (NC) Party took over the reins in 1959 (between 1951-’59 Subarna Shumsher Rana of NC was the caretaker head of the Government). Mahendra was not  at all pleased as he had designed an elaborate fake democracy run-around, and was in no mood to bow down to a mere Prime Minister. In 1960, he launched a coup, deposed the government and seized absolute power. The first democratically elected Prime Minister of Nepal, Koirala, was imprisoned.

King Mahendra exploited the flaws exposed in the country’s hasty march to democracy in 1951. The process was not systematic and made no attempt to examine and prosecute Rana’s excesses. Avowed Rana sympathizers were allowed to enter the new system, no questions asked, and most importantly, the people (except for the political party leadership) were kept at a distance. By the time elections were held and the people were finally heard, the gaps were wide enough for Mahendra to drive his ambitions through.

Since the disastrous December of 1960, Nepal has lived through two revolutions, three major upheavals and one civil war. But the desire for democracy still burns strong. Perhaps if the people knew what the system actually means and what it actually takes, they would not be so enchanted.

Democracy needs an informed public, strong institutions and a commitment to free and fair process. Nepal’s history, however, shows that at critical points the country has always failed to nurture these pillars of democracy.

Institutions -the universities, hospitals, government agencies, and even the police and the army all continue to suffer from blatant political interference. Due process is seldom followed. Recently, the Prime Minister had to intervene forcefully to ensure that the appointment of the new Inspector General of Police (IGP) happened on time. Who was standing  in the way? The Deputy Prime Minister no less. The public ‘s trust is misused regularly and on some occasions the state has deliberately misled the people.

It’s no wonder that  the love for democracy has failed to produce the desired results and democratic ideals are  routinely assassinated in Nepal. The country is stuck on a merry-go-around while its neighbors gallop ahead towards success.

In today’s world (for the most part) it is a capital offense to utter a word against democracy. Elevating the system to a level which does not allow of rational debate over its merits and flaws is an approach that is guilty of promising so much to a desperate public that they are ready to go to any lengths for it.

In the context of Nepal, the political establishment – from the monarchy (abolished in 2008) to political parties – all have touted democracy as a be all, end all system; and the people believe them. This has enabled them to secure their hold on power, even when they don’t deliver on their promises.

Perhaps it’s time for Nepal to remove the halo that hangs over democracy and start an honest discussion on whether the country is ready and willing to shoulder all the responsibility that goes with a democratic system.