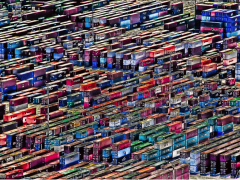 Johannes Köhler-Kaeß is an economics and econometrics graduate currently on an internship at the Bertelsmann Stiftung.

Some time back, in the course of my work with GED team – Global Economic Dynamics is a new program at the Bertelsmann Stiftung that deals with the dynamics of the world economy – I was looking into how you could measure how globalized a country was. A globally valid benchmark or indicator or something similar seemed a promising instrument with which tackle what looked to me like an interesting challenge. So I set out intrepidly on some preliminary research, taking three key questions as my guides: what do I actually want to measure; what exactly is globalization; and is there any generally accepted definition of the term?

I dealt with these questions in reverse order but was soon dismayed because, no, I simply couldn’t find any commonly accepted definition of what globalization means. The management consultant A.T. Kearney, for instance, sees it as “increasing interdependency over great distances“ while the OECD defines it as “a dynamic and multidimensional process of economic integration whereby national resources become more and more internationally mobile while national economies become increasingly interdependent.” and Axel Dreher considers it to be “the process of creating networks of connections among actors at multi-continental distances, mediated through a variety of flows including people, information and ideas, capital and goods.” Wikipedia warns us that “The historical origins of globalization are the subject of on-going debate“ with the post Second World War period, the early 15th century, the beginnings of European expansion and even the very beginnings of human history all being proposed as likely candidates for the starting point. There’s a bewildering lack of clarity here. So on to the second question.

What exactly is globalization? I wracked my brains pondering over my first research gatherings and took some time before I suddenly had a brainwave that seemed to shed a great deal of light on the matter: globalization is simply a word. As easy as that. What the word stands for, on the other hand, is so highly complex that it can’t be understood and explained by any one simple term. And the same thing applied to the measurement I was attempting to do. The past few years have seen the emergence of a number of “Composite Indices” which engage with a huge range of indicators on the country level to measure the “degree of networking” or advances in the “globalization process”. A general overview is given in the following paper. The indictors used in the Composite Indexes described in the paper include such things as “participation in global trade” or the “number of international telephone calls” made in a country over one year or the per capita ratio of Mc-Donalds restaurants in a country (see the tables, pp. 28-33).

I started to draw up a list of all these indicators. Soon I had collected over a hundred and gazed at them, turning my first question over in the back of my mind: what exactly do I want to measure? I felt sorely tempted to marshal all the indicators I‘d found together in one simple easy to manage index that would give me an understandable, country-level measurement index. Only the more I thought about it, the more unhappy I became with the idea of a complex indicator – because all I’d get at the end of the day would be something exactly like the word I was trying to describe by measurement: some ambiguous term that would be a mere black box without any further context, something you could look at without any idea of what was inside. It was as though I was taking the big picture, the panoramic view of globalization and bringing all the colors and all the outlines together in a single point where you could only distinguish between shades of light brown and dark brown. I think that about sums it up.

In short, I finally arrived at the conclusion that globalization – the word – eludes simple measurement; the best you do is to measure certain carefully defined aspects of globalization like “international communication on the private level” or “global distribution of technological knowledge”. Anything else would not do justice to the complexity and diversity of the themes and issues subsumed in the notion of globalization.

So rather than continue my quest to find or formulate a definition of globalization, I’m going to concentrate on identifying and understanding its key aspects. At the moment I’m heavily involved with world trade and the consequences and risks of ever stronger dependencies. And the one thing I can say for sure about this aspect is that globalization really is taking place according to all the definitions given above.

I’d be very interested to hear your thoughts on what I’m saying. Just mail me at the given address or get in touch on Facebook.