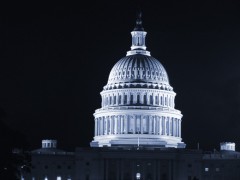 At their annual economics conference, System Upgrade: Time for a Global Economic Re-boot, the Bertelsmann Foundation assembled an impressive panel to discuss jobs, innovation and growth. The group, which consisted of former Minnesota governor Tim Pawlenty, congresswoman Colleen Hanabusa (D-HI), James Quigley, senior partner at Deloitte, and AARP president Robert Romasco, debated the policies that could assist in awakening the US economy from “sleep mode”—the metaphorical title of the panel.

The panelists held a robust conversation about the implications of regulation, labor, welfare, education, immigration, and demographic policies on innovation and economic growth. The at-least-superficially dismal conclusion was that it is unlikely that the US government will be able to offer any meaningful new policies in the short-term (except possibly for immigration reform, although the recent bombings at the Boston Marathon may make that more difficult). Congresswoman Hanabusa argued that a “grand bargain” was not possible due to far too many vested interests refusing to cut or fix their pet projects. She added that there was no public confidence to push Congress forward.

Pawlenty underscored the stalemate by arguing that policy change only occurs due to consensus, leadership, or crisis. The first two, he convincingly lamented, are utterly missing. The latter has failed to yield any results, as Congress has continually been unable to use their self-inflicted crises to implement change, instead choosing to postpone facing the difficult issues.

Fortunately a number of the panelists implied that the government need not do much for the economy to rebound and for growth to resume. Both Quigley and Pawlenty maintained that the government often simply stands in the way of natural economic forces, which if left to operate of their own accord, would help lift the economy. Even Hanabusa, no pro-market Republican, claimed that special interests could use the levers of government to implement polices (specifically by scuttling a free-trade deal with Europe) that would hurt the economy.

Similarly, Quigley discussed how government-induced uncertainty severely limits business confidence and willingness to invest. If the government would only provide a level of certainty in the legal, regulatory, and tax framework—regardless of what those policies looked like—businesses would be free to invest, innovate and grow.

Likewise, Governor Pawlenty took a similar approach, correctly asserting that the more the government over-regulates, the more it homogenizes, and thus the more it restricts innovation. The economy, accordingly, needs to be as free as possible at every level and allow firms and the nation to figure out their comparative advantages in order to best compete in a global economy.

However, despite such poignant critiques of how the government is fouling up the recovery, the panelists held a nuanced attitude to the state. There were no anti-government rants, but rather discussion around a clear and well-defined role for the state to play in the economy. Education was, in particular, an area where the government could help develop impactful policy. Pawlenty argued that more technical education programs are needed to train the workforce and allow individuals to be better equipped to support themselves.

Immigration was another area where government action could be quite beneficial.  While Hanabusa did not believe that the inevitable immigration reform bill will be passed for economic reasons, a more liberalized immigration system that entices and keeps migrants with needed skills will have enormous positive implications for innovation, job growth and the economy.

This general prescription—a limited government that largely allows the economy to function without excessive interference, yet plays an important role in its key and appropriate competencies—offers a relatively easy path to renewal of the American economy. Given the general deadlock in Washington, it seems that the bureaucrats will not be able to implement any new policy regardless. Logically, if the lawmakers can only address Quigley’s uncertainty, gridlock might actually be a good thing.