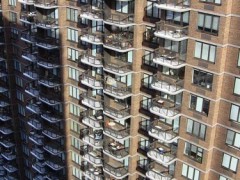 After the revolutions in North Africa, after protests in Spain and Portugal, New York is the new flash point for protests against political and economic authority. The revolutions in Africa and the protests in Europe and the US have more in common than one thought at first. It seems as though it doesn’t matter whether one is living in a dictatorship or democracy: in both systems there are these protests against power which is concentrated in the hands of a few decision makers. For a long time we in the West have looked at citizens in the Arab countries, wondering if they could practice “good democracy”. For a long time we thought we had the right vision of what it means to live in a democracy. The experience of the fall of the Berlin wall should have taught us that the system that wins the competition for power one year can lose it the next. As a matter of fact, and as a result of the fall of the East-European dictatorships, we have been complacent and self-satisfied for the last 20 years. Now, after the financial crisis, the rise of brand-new political parties (such as the Pirate Party) worldwide and the rise of the internet as a promoter of transparency, we are a little bit sobered.

Are we really living in the type of democracy that we read about in textbooks at school and university?

A few recent successes of lobbyists:

Looking at these, I must ask again whether our system still looks like the one we learned about.

Why does this matter?

Because mistrust of the system is now also an element of the value system of the middle class. It can be seen in the in the “99%/1%” metaphor used by Occupy Wall Street and others. No longer is it only a contained debate of the extreme left. So what does it mean for the legitimacy of the whole political and economic system? What does the future look like in a system whose societal foundation erodes because of wild imbalance of power?