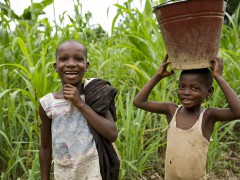 It has been said that “failing to plan is like planning to fail” and this has also been suggested as an explanation for the poor economic growth of many African countries since independence. However, recent insights may well add new wisdom to this lesson. For the economic failure of many African states over the last few decades happened not because they simply did not plan, but mostly because they failed to make those plans resilient enough to withstand future shocks or to take into account the present realities of the challenges they were facing at that time. Additionally, lessons from the failures of the big dreams espoused during the 1960s – 1970s, were not absorbed early enough, and therefore more mistakes were made during the strident implementation of Structural Adjustment Programs (SAPs). The sudden shift from long-term planning to short-term programs caused further problems down the line In the end, if we are to have meaningful transformation in ways that reduce the impact of poverty on the lives of vulnerable people, we cannot do without long-term plans and a national vision of what a successful national economy will yield. The roots of poverty are deep and uprooting them requires long-term and concerted efforts along various fronts (as shown by the MDG model). Long-term plans have the best chance of focusing such efforts and also making the best use of limited resources. The importance of national planning is getting more deeply embedded in the thinking of policymakers across the region, as is evident in the recent proliferation of long-term plans (and visions).

However, as countries begin to elaborate on these long-term visions and start to develop medium-term plans for implementation, there is a real danger that mere planning alone could become the core activity that consumes the energy of many African policy makers. Even the grassroots organisations are showing signs of fatigue from the recurrent consultations that they are called to participate in. Evidence on the ground shows that several plans are still being made 3 years into the planning cycle, yet most medium-term plans are supposed to last for just 4-6 years. Therefore, if half of the time is being spent making plans, when does the time for action begin?

National visions for many countries are also being revised, as the time horizons change, shifting forwards, from 2020 to 2030 and even 2040. There is now a real danger of ‘paralysis by planning’ as the UNDP Country Director for Ghana puts it. Renewed efforts are needed to move governments in the region to the next level; to move from a desire for plans towards the political will to push plans through. Political expediency at the moment militates against this due to the political economy and political cycles that encourage short-term outlook. As a result, annual plans (budgets) take centre stage and long-term planning takes a back seat when it comes to action.

Providing the necessary infrastructure, capacity and resources to execute plans is a way to effectively reflect increasing political will. However, planning institutions must start learning how to absorb such risks better and ring-fence their long-term plans against the vagaries of day-to-day politics. The true value of developing long-term plans probably lies more in the social capital which accrues when genuine partnerships with grassroots organisations and community leaders are built in the process of developing and executing national vision plans. This comes from careful stakeholder engagement during the critical phases of any long-term programmes derived from such plans.

In the end, the goal of strengthening planning institutions is not just to realise national vision but actually to go further and strengthen the underlying social compact which holds the society and countries together. People must begin to see the value of good governance and stewardship of national resources. This is the place where civil society, the private sector and development partners need to put or expend more effort, to build the bridge between the elites and local communities, in order to ensure that development resources are being targeted in ways that keep the needs of the poor and vulnerable at the center of each national vision.