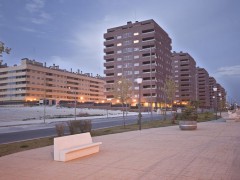 1,500 lawsuits and 500 politicians under impeachment, but only 20 of them in prison: these are the 2014 corruption figures in Spain. Research carried out in 2013 by the Universidad de Las Palmas assessed the social damage of corruption in Spain at €40 billion. That is to say, this is the financial impact of corruption on the day-to-day lives of the Spanish people. According to Transparency International, Spain should have “stronger political financing regulations and more resources for monitoring mechanisms”. Modification of the electoral system is also required to improve the openness of voting lists and enhance proportionality. The promotion of greater democratic processes within political parties would also be a welcome move. In addition, both the de-politicization of the supreme bodies of the judiciary as well as improved access to information through reforms are needed to ensure the transparency of public institutions.

This is the close-up view of a country whose present is being held prisoner by its past. After Franco’s death, which brought with it the end of his dictatorship, the Spanish transition to democracy took place, a process that was praised as exemplary and was subsequently followed by Argentine and Chile. Nevertheless, the transition was based upon a deal between the elite under a two-party system, offering the idea of a formal democracy in which, however, the citizens barely took part. Furthermore, Spain has been unable to bridge the gap between its present and its recent troubled past. This is an unresolved issue, with the United Nations Committee on Enforced Disappearances and the Special Relator for the Promotion of Truth, Justice, Reparation and No Repetition, Pablo de Greiff, still needing to close old but painful wounds. This committee examined thousands of enforced disappearances that occurred during the Civil War and under Francoism – there are still 143,353 open files in the National Court, putting Spain, with its 2,000 common graves still hidden under the Spanish roads, almost at the same level as Cambodia.

The road to Europe

After a coup d’état, a civil war and a dictatorship spanning 40 years, becoming part of Europe represented a new sense of freedom and democracy for most Spanish people. This was particularly the case, as the Potsdam Declaration of 1945 had condemned Spain to international isolation by reason of Franco’s sympathy towards the Axis between Germany and Italy, and his enthusiasm for the fascist cause. After finally joining the EU in 1985, the idea of Spain finding acceptance by the rest of the world was materialized. This transition meant overcoming old national traumas and an inferiority complex with surrounding countries, especially the polite France and skilled Germany. In this manner, Spain started its path to transforming itself from a poor rural country into one that possessed a dynamic economy. But how was this miracle possible?

The answer came in the form of easily obtainable loans provided by French and German banks. The money provided by these loans flooded into Spanish banks, particularly regional thrift banks. These are public banks under the control of political parties and unions that were irresponsibly used either to generate wealth or make their organizations more powerful and appealing to electors. However, the management of these regional thrift banks had three dramatic consequences that can be felt almost 20 years later. Firstly, a type of “crony-capitalism” emerged, whereby companies were provided with taxpayers’ money for the purposes of funding unnecessary infrastructure development. Secondly, housing, which is a human right vested by the national Constitution and the UN, became a market characterised by savage speculation that was undertaken by banks in collusion with developers. Finally, credit was granted to individuals who would have otherwise failed to meet stringent loan application criteria.

In this way, the economy became focused upon satisfying private interests, rather than the common good. Spain became ranked first as the high-speed-train-kilometers world builder, while the development of regional train networks that transported both goods and passengers and were key to promoting commerce and communication, were left behind. In 2005, 800,000 new houses were built, which, according to Jose María Aznar, the Prime Minister at the time, was “more than in Germany, France and Italy together”. When the subprime mortgage crisis migrated from the USA to the EU in 2008, the Spanish housing bubble, which had been so carefully built up over the past twenty years, suddenly burst. Foreign banks, which panicked in the face of the prospect of losing their loans, placed Spain under increasing pressure through the so-called Troika (the EU, International Monetary Fund and World Bank), a situation that had previously occurred in both Greece and Portugal.

Projects such as unneeded airports, overambitious constructions and extravagant motorways, and institutions including ruinous banks all received public bailouts. In exchange, national health and education systems, old age pensioners and disabled people unfairly footed the bill, as did investment in green energy, culture, science and R&D. An illustrative example of this is the Spanish government’s investment of nearly €12 billon in Catalunya Banc in 2013, which cut off€14 billion from the health and education budgets. One year later, the Cabinet sold this bank to Banco Bilbao Vizcaya Argentaria for only €783 million. Spanish taxpayers not only lost millions of euros through this sale, but also suffered at the hands of the deterioration of essential public services in this wicked game.

Moreover, several of the banks that received bailouts from state funds proceeded to evict families that defaulted on their loans. On July 28th 2014, unable to bear the financial pressure placed on him by his bank, a man in Granada committed suicide. Gustavo Arguellas Calvo was a member of the Mortgage Victims Platform and had been waiting in the queue for unemployment benefits for the past three years. The bank that had threatened him with foreclosure, Mare Nostrum, had received €730 million from taxpayers, including him, two years earlier.

Not satisfied with just getting their money back, those comprising the Troika decided to make the most of the new situation created by bank bailouts in Ireland, Greece, Portugal and Spain. Since the common currency – the euro – cannot be devalued, the only way forward was to devalue life itself, namely working conditions, wages and workers’ rights. Recent statistics give an idea of how much the imposed austerity measures worsened the Spanish situation. According to the latest official survey, there are 2.3 million jobless people with no income and 33.8% of the population live under the poverty threshold. After Romania, Spain has the second highest rate of child poverty in the Eurozone, according to reports from Save the Children, Cáritas and UNICEF. Sadly, UNICEF Spain reports that the number of households with children in which all adults are unemployed has dramatically soared to 800,000. Using the high unemployment rate of 26% as justification, the job market has been deregulated, which has promoted instability over quality. As a result of this, a poll undertaken in July reflected that 837,000 people work one hour per week and more than one million people work just one day per week. Moreover, wages have plummeted, with 12% of workers earning between €300-€600€; 14.1% earning between €601-€900; 12.5% earning between €901-€1200; 0.9% earning between €2001-€ 3000 and 18% earning €0, while taxes have skyrocketed, mainly for working-class and middle-class people.

In relation to the flow of migration, despite demographers not being able to determine a conclusive figure, what is undeniable is that many citizens have been expelled from the country due to its economic, social and political collapse. The 2013 census showed a population drop of 135,538 inhabitants who are estimated to possess language skills and a bachelor’s degree. After so much public investment in their training, Spanish engineers, doctors, dentists, programmers, architects and nurses are being hired in Europe and Latin America, while the country directs itself towards the export and service industries (namely restaurants, bars and cheap summer leisure activities).

In addition, the country’s youth is also facing a dire situation, with an unemployment rate of 52%. Many young people in Spain have become disillusioned and have a lack of expectations with regards to the job market. Six years after the beginning of the crisis, a time-bomb of inequality is ready to explode in an impoverished country, where the proportion of wealthy individuals has increased to 27%, the wage gap has grown, with executives earning 7% more while workers earn 0.47% less, and desperation has taken hold of many families, as demonstrated by the high number of suicides due to economic reasons. Despite the outrage over this situation being positively channelled through a budding social fabric, the Spanish far right wing is trying to recover the “social spirit” of fascism that appealed to so many impoverished people in the past. This represents a serious threat that should not be underestimated, especially in a country with so many unresolved matters with regards to its fascist past.

As the ONG Intermón Oxfam España states in its 2012 report on the consequences of austerity measures in Spain, “responses to crises are political choices. Those that do not prioritize social justice generate more inequality and more poverty. This is what Oxfam has learned from three decades of crises in Latin America and East Asia. Spain is at the point at which it can rectify itself or lose three generations of welfare, social rights and democracy and become a dual society of rich and poor.”  What Europe is currently experiencing is not only affecting countries such as Spain or Greece. Political, economic and social failures jeopardize the EU as a whole. Many Spanish organizations established in the aftermath of the crisis are seeing the chance to radically transform the country and recover hope and faith in the future. And indeed they are making progress towards it.