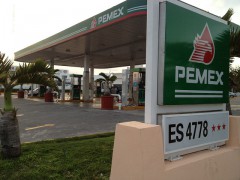 The current abundance of oil and natural gas on Mexican territory is not enough to assure the nation’s energy security now or in the future. What good are these resources if there is neither enough investment nor a sufficiently adequate infrastructure to extract them?

In 2004, Mexico reached its peak level of oil extraction of 3.4 million barrels a day; by 2012, this figure had decreased to 2.5 million barrels a day. Mexico has also begun to increase the share of imported natural gas from the US (thanks to the recent shale boom) since the country is required to fulfill 50% of its electricity production with non-oil methods. It is expected that by 2020 Mexico will be trapped in an energy deficit.

To respond to this problem, a series of structural reforms have been implemented in Mexico during 2013, including an Energy Reform that was approved this December. Articles 25, 27 and 28 of the Constitution were amended to allow national and international private investment in certain energy contracts in an effort for more effective exploitation of the nation’s natural resources.

Unfortunately, not everyone is satisfied with these changes. Left wing parties –mostly with popular support– have mobilized their people to manifest their opposition to what they call extortion: the “privatization” of Mexican resources. This is a perfect example of one of the main challenges faced by developing countries: strong resistance to the opening of protected markets even if regulated by their own governments.

In order to understand the heated popular response it is necessary to know a little Mexican history. In the 1930s, social unrest grew as foreign oil companies exported most of their profits out of Mexico and paid low wages to their workers. Consequently, President Lázaro Cárdenas expropriated their assets, and reinforced Article 27 of the Constitution which states that Mexico’s natural resources belong to the nation.

Ever since then, a strong feeling that Mexican oil belongs to Mexico has been rooted in the population. Whenever the topic of energy is discussed, the classic line about resource sovereignty is aired as a counter argument to those who assert that PEMEX –Mexico’s oil and gas monopoly– is inefficient and lacks the technology and funding to invest in prospecting for more exploitable oil and gas deposits.

But what does the reform exactly intend? Is it really threatening Mexico’s sovereignty over its resources? Article 28 includes electricity, oil and other hydrocarbons which enables the government to arrange for contracts with private players in terms established by the law.

Generally speaking, the change consists of breaking down the barriers that prevented entry of private capital to the energy sector in concert with the establishment of strict governmental regulations for all the new players entering this new market. Subsequently modifying the Constitution is a great success, but it is still an ambiguous achievement; what happens to Mexican energy will be primarily determined by the secondary regulations that follow this first step.

So, instead of mobilizing the population to protest the current reform, left wing parties should start working on specific proposals that clearly lay out optimal conditions for effective secondary regulation. This way their role would be to scrutinize the government’s policymaking to ensure that the new regulatory institutions –that will be created to moderate the role of potential investors– work transparently and in favor of the nation as a whole.

Another thing that these parties could do with the help of civil society is to include in the new regulations consideration of other alternative energies to diversify Mexico’s energy portfolio and prepare for more competition in the global scenario now that unconventional hydrocarbons –such as shale gas– are looking likely to win the race over traditional fossil fuels including oil.

One thing, however, is certain: the conservative rhetoric from left wing parties, even though inspired by a solid historical background, will only slow down the country’s development unless these parties start adapting to the new context and start playing by the rules of the global economy.

It is time to embrace change and try to make the best out of it. Society should scrutinize the government, enforce adequate regulations, make sure that every investment is made in the best way possible and promote the transparency of current structural reforms rather than trying to stay in the rut of a nonfunctional status quo.