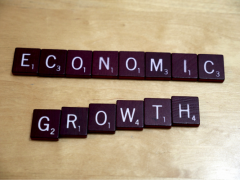 Comparison is an art. Just as statistics is the art of lying, comparison is the art of demoralizing. Theodore Roosevelt, often seen as one of the best U.S. presidents, once famously said, “comparison is the thief of joy”. Politics is also an art. In fact, for many politicians it is the art of using statistical comparisons to glorify their accomplishments and discredit those of their opponents. Politicians like to boast about how many more kilometers of highway they have constructed than previous governments, or how much better the macroeconomic outlook is than in the times of bad governance by their opponents (although this may not apply to some EU countries these days). Listen long enough to such comparisons and you might be tempted to think that an exception clause is needed for Roosevelt’s statement: “…but not with our current government”.

One feature that most comparisons by politicians, especially those in emerging economies, have in common is that they are chronological. They are simple numerical comparisons of how something was before and how it is now. Given that such countries frequently have a structural tendency to grow due to demographics, industrialization or urbanization, the results always seem encouraging. The rhetoric on Turkey’s economic growth is a perfect example of this. With consummate mastery of the arts of comparison and statistics, senior figures from the government often argue that during the ten years of their government, the Turkish economy has expanded more than threefold. They base this claim on nominal GDP figures, which show that between 2002 and 2012 the economy grew from 232 to 789 billion USD.

How much has Turkey’s economy grown? Photo: Economic Growth by Simon Cunningham, flickr, CC BY 2.0

Now any average citizen with no background in economics would be inclined to question the validity of this statement by looking at how rich he was ten years ago compared to how he is today. Seeing that he still has only one car instead of three, he would doubt the soundness of the government’s argument. While such a comparison is by no means scientific, it makes sense from an economic point of view to take the government’s claim with a grain of salt. The Economist noted in a correction that in real terms Turkey’s economy has not tripled but has grown by 43%. This sparked a contentious twitter debate between the Harvard economist Dani Rodrik and the Minister of Finance Mr. Şimşek on the appropriate metrics of chronological comparisons of GDP. The core issue was that the government’s claim for GDP growth used nominal figures, which are good for comparing different entities at a certain point of time, whereas real GDP, as used here by The Economist, is better suited to compare the same entity over a longer period of time since it accounts for the effects of inflation. In this case, use of nominal GDP by the government displays a – perhaps deliberate – mistake in the subtleties of the art of comparison.

Comparing an economy with its past can be misleading, but more useful economic comparisons can be done by comparing growth performances of different countries over time. According to such a study, the comparison of the per capita GDP of other economies vis-à-vis the United States reveals the interesting concept of a “middle income trap”. This concept derives from the fact that among the 101 middle-income countries in 1960, only 13 achieved high income levels by 2008. Turkey is among those who could not make it. The so-called growth miracle on the Bosporus has managed to merely raise Turkey’s per capita income level from 15 percent to 18 percent of that of the United States, in 48 years.  The fact that South Korea went from 9 percent to 45 percent in the same period does indeed give Roosevelt’s quote a flavor of truth!

Although the average member of the public may be oblivious to the technical debates on the correct comparisons of GDP or the middle income trap, politicians—especially those working on economics—have the responsibility to employ statistical comparisons correctly. The first dimension of this responsibility is towards one’s own job: if politicians do not use statistics correctly, they won’t be able to base their decisions on facts, which may lead to wrong decisions. The second dimension of this duty is towards the public: it is simply unethical to mislead the voters by abusing data for the purpose of self promotion. Regardless of whether ignorance or manipulation is to blame (it is hard to decide which one is worse), the best thing a politician can do is to use statistics correctly, even if comparison is often the thief of joy.