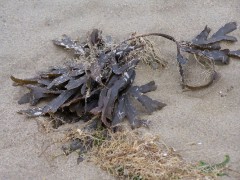 The advent of democracy in Sierra Leone has opened up many opportunities for all sectors of the economy.  The involvement of the United Nations, the European Union and NGOs from around the world in rebuilding the country after over a decade of civil war gives hopes for a brighter future for Sierra Leoneans.

Sierra Leone is known for its pristine and unspoilt beaches. It’s a country where tourists can enjoy the purity and freshness of miles of white sandy beaches. Our beaches are one of our biggest marketable assets.

The beaches are owned by the government of Sierra Leone. Although a policy on the use of Sierra Leone natural resources is in place, there is no specific policy on the use of the country’s natural beaches. Compared to the world at large, Sierra Leone lags behind in environmental policies, education and technical know-how in protecting its natural resources. So the present moves by government and foreign NGOs for tackling pressing problems, assisting in drafting environmental policies, educating communities and setting up demarcations and green belts zones could not have come at a better time.

In an interview with Awoko – Business, one of the local newspapers in Freetown, the general manager of the National Tourist Board (NTB) Cecil Williams admitted that the dead seaweed “has a very negative effect” on the industry and that it posed “a very serious threat to the development of the tourism industry.”

Protecting the environment is the responsibility of the Ministry of Lands, Country Planning and the Environment and the newly formed Environmental Protection Agency. The government liaises with the Environmental Protection Agency – Sierra Leone (EPA-SL) and the Institute of Marine Biology & Oceanography (IMBO) at the University of Sierra Leone and collaborates with stakeholders in the environment to come up with ideas and lasting solutions to curb and eliminate the masses of dead seaweed ravaging the country’s beaches.

The stark reality is that seaweed on this scale has never been seen before in Sierra Leone. No human activities could have caused such an invasion except perhaps wide-scale dredging to allow ships passage along the coast.

The rate at which the  seaweed is invading the beach front is worrying. When you visit some of the beaches along the peninsula you can see it piling up and unfortunately it has also hit the tourist beach resorts like Tokeh Beach Resort and Sands, and Mammah Beach not just unfrequented stretches of the coast.

The government is collaborating with a team from Wetlands in Senegal which is conducting further investigations on the dead seaweed and advising it on how to tackle the problem. Cleaning up the seaweed and finding its root causes needs urgent attention from the newly founded Environmental Protection Agency to prevent the pristine natural beaches of Sierra Leone from being totally taken over by seaweed.