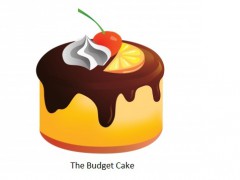 Imagine the public budget as a big cake. The biggest slices cover expenses for pensions, education, unemployment benefits, medical insurance, social assistance, etc. Together they make up the components of the welfare state on which we rely so much.

If one slice of the cake gets bigger, the other pieces get smaller but the cake still remains the same size. In short, the welfare state does not produce, it consumes what others produce and what others pay – their taxes.

The welfare state was described by its intellectual architect, Lord Beveridge, as a structure built to protect the individual “from the cradle to the grave.

Moldova has been in transition since 1990, following independence and the final rupture from the Soviet Union. Moldova had a planned economy, like the other soviet republics, and as a small state it was rather easy to control and plan the industry. It soon became one of the richest republics in the Soviet Union, famous for its production of apples, grapes, wines and industrial goods, mainly tractors. Hard-working men (and women too!) could always find jobs, factories were up and running and products were abundant. But we all know how this fairy-tale ended  in an avalanche of poverty, hunger and repression.

The transition period is marked by the combat to kill old ingrained mindsets and inculcate new ones. It’s a change from the planned economy to the open-market economy, from “it’s not my fault, I don’t bear responsibility, I will wait for the state to do it for me” to “I am going to do this on my own responsibility, the state is not responsible for me”.

The old type of mentality did not change with the adoption of the new Constitution. That fight was against a dictatorial regime, against moral violations and for the historical truth and national identity trampled under foot during the communist times. Nobody knew and understood what a market economy is and what people were supposed to do in it.

Years later we are still fighting against the old mentality, represented by the biggest part of the cake (old people who wait for the state to give them everything) and trying to implement economic policies appropriate to open-market economies where the state does not control the whole economy which is rather regulated by competition and the invisible hand of the market.

The aging population makes for a bleak perspective nowadays. The number of persons who receive pension is constantly increasing, while the number of births has been on the decrease and began to pick up recently, but at a slower pace.

It is not easy for a state to cover  all its population with medical insurance, and even more to ensure good quality of the medical services provided by state.  While health expenditure is increasing, it means that from some other piece of cake the expenditure must decrease.

The present generation of young people can expect harsh reforms, general dissatisfaction, changes in regulation, stiffer competition, a fight against monopolies  – and more freedom and independence accorded to them. Citizens can expect a lean and mean state which is not able to do everything, but which does make regulations that in the long-run will create a better life for everyone.

The main challenge is to fight corruption. Moldova, a former Soviet country, suffers from the fundamental flaw- the post-Soviet states are highly corrupt and predisposed to divert money from the general population, especially in delivering public services and improving the quality of those services (e.g. buying medical equipment through public-private partnerships, buying a school-bus through an international grant) or by organizing public tenders.

People should stop waiting for the state to clean their yards, solve their problems in schools and improve general well-being. Each of us should start getting involved in civic life and shoulder responsibility for our own lives.