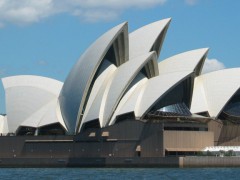 Sydney is characterised by a distinct polarisation between its disadvantaged western areas and its affluent eastern suburbs where the central business district (CBD) is located. This inequity derives from an inadequate urban planning model with respect to transport accessibility, housing development and employment creation opportunities.

There is no future in a city that continues to develop residences up to 70km from the CBD in areas that fail to provide diverse employment opportunities or efficient transportation links to major economic centres. However, this is exactly what is happening in the Greater Sydney area.

In the two decades preceding the 1990s, a strong manufacturing sector developed in Sydney’s west, which led to the spatial decentralisation of employment and settlement away from eastern Sydney. However, since the 1990s, manufacturing industries have experienced a decline, partly due to competition from overseas, and an agglomeration of new finance and knowledge industries has become established in the CBD.

This industry shift has created a downturn in job opportunities in the western suburbs where some areas are currently experiencing unemployment rates among the highest in Australia, at almost 12%. This compares to a rate of approximately only 2% in the east. In fact, according to tax office data, the top 20% of Sydney’s income earners reside predominantly in eastern Sydney, where the average individual lives on between $45,000 to $125,000 per year. In contrast, the lowest 20% of Sydney’s income earners live in the west, where individuals survive on $3,915 to $22,251 annually. This disparity in earning opportunities has created a geographical polarisation of socio-economic status between eastern and western Sydney.

The centralisation of attractive high-value employment in eastern Sydney has also led to increased demand for local housing. However, this demand cannot be met by the available housing supply. Accordingly, an ‘accessibility gradient’ has emerged, whereby property prices in eastern Sydney have risen much faster than those in western Sydney. In fact, over the past two decades, housing prices increased by 403% in the suburbs surrounding the CBD while prices in Sydney’s west rose at about only half this rate. This divergence in the real-estate markets of these two parts of Sydney precludes relocation of many western Sydneysiders to the east and its lucrative employment market.

A further barrier to the accessibility of the east is the deficient transportation links between east and west. Western Sydney’s urban planning model has encouraged dispersed, scatter-gunned housing settlements in areas where land is affordable but which are not yet well connected by public transport to employment opportunities in the east. In fact, the average western Sydney resident spends over an hour commuting to work, with almost one quarter of workers travelling more than 1 hour and 40 minutes daily. This long and expensive commute precludes many of these residents from accessing the high-value eastern sector, which further serves to entrench low-income households in the west.

Average travel times to the CBD

The accessibility of the east’s employment hubs must be strengthened through improvement of public transportation. Many western Sydneysiders reside at a distance from public transport networks and rates of public transport patronage accordingly remain low. The gaps in the current transportation network between east and west must be filled by more effective linkage of western residential areas to existing public transport corridors – for instance, through the introduction of new bus routes, such as the recently-announced expansion of the Sydney bus network. If integrated with the proposed 24km-long Western Sydney Light Rail Network, which will extend existing bus and rail routes further to the east, cross-regional connectivity could be improved.

The impenetrability of the eastern real-estate market lies partially in a failure to accompany increased demand for housing with a commensurate rise in property development. Although the CBD is the economic city centre, it is not the geographic centre as it is located on the edge of the wider metropolitan area. This reduces the potential space available for housing developments that could be undertaken around the CBD to ease the residential property shortage. Some have suggested that high density housing be constructed in these areas. However, while this may relieve the demand-side pressure on the housing market, it should be asked whether this policy of urban consolidation is a suitable solution, as it would arguably add pressure to an already overburdened infrastructure and transport system, and also lead to a further decrease in the number of open green areas in the city.

Employment: A new idea for a new hub

The above suggestions alone will not provide an effective solution. A new economic development model is needed to address western Sydney’s employment deficit. What is specifically required is the creation of a new employment hub in Western Sydney, and the diversification of its heavily manufacturing-based employment sector to include professional higher-value jobs. Currently, western Sydney is underrepresented in this area, constituting only 17% of Sydney’s innovation and knowledge industries.

For this new hub to be established, professional enterprises must be brought to the region. While the government cannot compel the private sector to locate to western suburban centres, it can nevertheless provide incentives for this shift. This is already beginning to occur in the western suburb of Parramatta, which is envisaged to become a second CBD in Sydney’s demographic centre. The relocation of government departments to other areas in western Sydney would similarly create a stronger presence of public-sector employment that may create a business environment more conducive to professional sector operations.

The divide between the east and west must be reduced by providing more equitable access to higher-value jobs, whether these be near the CBD or, more ideally, in newly-created economic hubs in the west. In this way, urban planning policies can hope to close the divide between the two Sydneys.