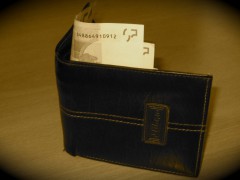 In February and March 2011 thousands of citizens organized through social networks came out to protest in Zagreb against the worsening social and economic situation in Croatia. In January 2012 protests against austerity measures in Bucharest turned violent. In February 2013 the government of Bulgaria fell because of protests in Sofia against increased electricity prices and austerity measures, while in Athens protests are as usual as a Good Morning greeting.

The Macedonian government also introduced measures to address the effects of the global financial crisis on the country’s economy. As Future Challenges author Anikó Mészáros  notes so astutely, they have a smart name – anti-crisis measures. And together with the way the government is handling the budget and the economy in general, they have been roundly criticized by the opposition.

However, despite the opposition protests triggered by the 25th of December parliamentary budget crisis, in Skopje, unlike in other countries in the region, the masses did not mobilize to protest the government’s economic policy and its austerity and anti-crisis measures. The government remained popular. So what was so different here?

Since the world financial crisis first spiraled, the government of Macedonia has initiated several anti-crisis and austerity packages.  The first package of anti-crisis measures adopted in November 2008 was worth 330 million EUR and was aimed at enterprises with unstable liquidity (decreased taxes and custom charges, etc.) The second package introduced more of an expansionary infrastructure program (roads, energy, railway, environment, residential, sports) forecast to last 8 years. The third package included 70 measures, a 100 million EUR credit and multiple spending cuts to the tune of 173 million EUR. Again, the measures were made to decrease the budget deficit and to support enterprise and some of them were even proposed by the local Chambers of Commerce and Industry. The fourth package was much smaller, only 24 measures which again eased conditions for Macedonian enterprises.

This all sounds so straightforward and positive that you might be wondering how could anybody possibly object?

Unless your own wallet is directly affected, government policies to finance the budget deficit are difficult to understand and get worked up about.

But, surviving the crisis and reducing the budget deficit comes at the expense of a continuous build-up of debt.  Again, like other countries in the region, the government has taken out one credit line after another. Estimates speculate that the central government debt for 2012 is 2.7 billion EUR. This would amount to 27% of GDP. Before the crisis hit Macedonia, central government debt amounted to 22% of GDP. Not a big increase in 4 years, still some critics, like the opposition, argue that this is quite a lot for a 3 billion EUR budget (the amount projected for the 2013 budget). After all, someone has to pick up the price tag.

Pensions were actually increased in 2009 with a further increase in 2013. Public expenses were cut by temporarily halting new employment, banning the purchase of furniture, cars and other equipment, freezing salaries, delaying the 10% planned increase in salaries, regulating the renumeration of members of management boards and similar such acts.

So, unlike other countries in the region, the salaries of people in the huge public administration were not cut. The savings effected are far from enough to fund the debt. So, the “someone” paying for the debts is not in fact anyone at present. It’s someone from the future. Debts, the economy, and budgets are difficult concepts to understand, especially when your own wallet is not affected by a salary cut. It is actually quite easy to support more and more debt when you think that it’s someone’s wallet from the future that will be paying for it, and not your own.