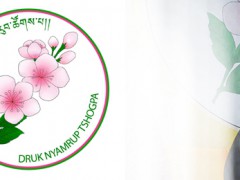 Bhutanese women have always enjoyed a privileged gender status unlike their counterparts in neighboring countries. Many of them are trailblazers in their work on issues of domestic violence, good governance and the environment and are truly  an inspiration for the future generation.

Leading the way is the Queen Mother of Bhutan, Ashi Sangay Choden Wangchuck, with her work on domestic violence through the organization RENEW (Respect, Educate, Nurture and Empower Women) founded by Her Majesty in 2004. This organization is dedicated to the empowerment of women and girls in Bhutan, especially the victims and survivors of domestic violence. RENEW provides counselling, temporary shelter, legal assistance and vocational training to help change the lives of victims.

From this year onwards, domestic violence will be treated as a crime and women and children will be provided with protection. The National Council or the Upper House passed the Domestic Violence Prevention Bill 2013 last month under which all police stations in the country will have a Women and Child Protection Unit and at least one female police officer trained in handling cases of domestic violence.

Other examples of women in leadership positions are the numbers of aspiring women politicians from different backgrounds leading their constituencies in the second democratic general elections in Bhutan to be held this year.

For the first time in Bhutan, we now have two women presidents leading major political parties in the upcoming elections.

Dorji Choden, the president of the Druk Nyamrup Tshogpa (DNT), is the first woman engineer in Bhutan with an impressive record of twenty year’s work in the civil service. Over the years she has presented technical and gender issues at national, regional and international forums. Dorji has also worked for the United Nations in Bhutan where she handled the Poverty portfolio, with special reference to youth employment and the empowerment of women. Since she first opened the way, many women have followed in her footsteps, and we now have many highly capable women engineers in all fields across the country.

Lily Wangchhuk is the woman president of the Druk Chirwang Tshogpa (DCT) party. A former diplomat, Lily looks up to her mother who raised her alone when she lost her father at a very early age. She says that she owes everything that she is today to her mother, and she also greatly admires Aung San Suu Kyi, the Burmese opposition leader.

Lily is one of the first women to break the political sound barrier by venturing into a field largely dominated by men and encouraging other women to enter politics and take up leadership positions. “I intend to put in all my best efforts into setting a good example for Bhutanese women and enhancing people’s confidence in women’s selfless nature and their leadership abilities”, declares Lily.

Lily is also a cancer survivor who set up the Bhutan Cancer Society (BCS) with the aim of saving lives and supporting cancer patients in Bhutan. The group plans to educate and raise awareness amongst the people on how to fight cancer and demystify the disease. Surviving cancer made her realize that she had a purpose in life to make positive differences in the lives of other people through politics.

She believes she can make a valuable contribution to the empowerment of women as political leaders, and provide not only a female perspective in decision-making but also enrich it with gender sensitive decisions and policies. Encouraging greater participation of women in all spheres including governance and development with gender sensitive and family-friendly policy-making is one of the 12 critical areas of action for her political party.

Lily Wangchhuk, Dorji Choden and other women like them in top decision-making positions have already begun to set a positive trend for our younger generation of women to follow. Besides women’s equality in wages, management, and governance, we need to realize that women and men have different needs and play different roles. Therefore their needs should be addressed in an equitable manner. And for this a woman’s thoughts are crucial!