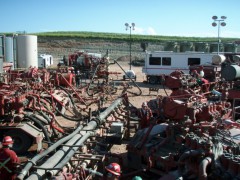 Just 19 years into democracy, ‘development’ and ‘transformation’ continue to be buzzwords in South Africa. Both terms fit equally well into the conversation around the country’s inclusion in the BRICS group of emerging national economies and the G20.

There’s no arguing with the figures related to South Africa’s economic growth since the end of authoritarian apartheid rule in 1994. GDP, for example, more than doubled between 1995 and 2010. This growth, which has seen South Africa’s economy become the biggest on the continent, has been accompanied by considerable growth in the size of the population, fuelled largely by migrants from much-maligned neighbours such as Zimbabwe or, further afield, war-torn DRC.

South Africa’s wealth of natural resources continues to be the primary driver of the nation’s economic success and a key source of employment both for South African nationals and the immigrant population.

However, for all the country’s progress and natural endowments, unemployment, lack of basic amenities and abject poverty still continue to characterize the existence of large sections of South Africa’s population.

All of this sets the backdrop for one side of the debate around hydraulic fracturing (fracking) to create energy from abundant deposits of shale gas in the Karoo region of South Africa, a move that ethically questionable multinationals such as Shell have been pushing for for some years. The companies’ argument goes something like this: increased population growth and urban expansion combined with prevailing social ills necessitate the need for greater energy output on the one hand (it is estimated that South Africa’s shale deposits could provide enough energy for the entire country for 400 years) and job creation on the other, both of which will lead to ongoing rapid economic growth. Shale gas, Shell and co. argues, will help drive South Africa’s development and transformation triumphantly onwards.

Though the government appeared to show some initial resistance, in recent months it has become clear that both they and much of the corporate sector have been sold on this argument. After all, what is there not to like about the prospect of increased job creation, energy independence in a country still regularly hit by power failures, and a projected trillion rand sales value for the amount of gas that could be produced?

But for all the lofty development rhetoric, environmental campaigners and  farmers from the Karoo region, among others, remain far from convinced. On their side of the debate, they see the potential tribulations of fracking as far outweighing the potential triumphs. The wild natural beauty of the Karoo, so prominent in the work of melancholic South African writers like J. M. Coetzee, would obviously be threatened. Put in less romantic terms, it is feared that fracking in the Karoo would damage and poison the underground water supplies on which this already dry region is largely dependent. This would have devastating repercussions for its unique and fragile ecosystem, and subsequently for local agriculture, which has been an important part of the history of this region for centuries.

All of this begs the question as to whether, in the current South African context, terms such as ‘environmental sustainability’ can exist in the same conversation as ‘development’, or whether each term can only exist in the absence of the other. They say there is no such thing as a perfect system. Something, it might be implied, will always have to be compromised. In a country where 25% of the population is still unemployed, should all environmental arguments fall on their own swords in the name of job creation and the implied development it brings?

Such an approach seems to me a little short-sighted. Fossil fuel industries are inherently unsustainable, and so, therefore, are any jobs they might provide. While some workers might already be all too well versed at picking themselves up and moving onto the next thing, the environmental impact of fracking on the Karoo would be much more enduring, perhaps irreparable. The same could well be said for those farmers who depend on this environment for their livelihood.  While fracking might be a tempting quick fix solution to South Africa’s ongoing domestic ills, it is not the long-term answer with regard to the nation’s future economic growth and development as a major player on the world stage. Nor is it an ethical choice.  Sadly, it seems that the ANC government is unwilling to see the light on this. All that gas must have gone to its head.

Christopher Clark is Deputy Editor of The Cape Town Globalist and a member of Global21, a student-run network of international affairs magazines and a partner of FutureChallenges.