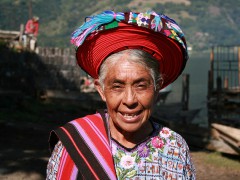 The aftermath of the 1993 uprising, known as the “Zapatista Movement”, once again, never addressed the principal grievances of Mexico’s indigenous community. Made up of about 10 million people speaking around 62 ethnic languages and representing more than 60 different ethnic groups, the indigenous community make up 10% of the entire population in Mexico. Pressed by the US and Canada to end the local rebellion in order to sign the NAFTA agreement, the Mexican government agreed to sign a series of accords that would  provide greater control over their land and resources in accordance with ILO Convention No. 169 as well as he cultural diversity and give some autonomy. Although  the  San Andres Accordswere signed in 1996, the government failed to implement its provisions.

For this highly diverse and geographically dispersed population, cultural preservation and upward mobility, are twin challenge systemically impossible to overcome.

As the Mexican government moved to erode the rights of the indigenous to communal lands, and subsequent local and national governments failed to commit to the full implementation of the accords, indigenous communities who have traditionally sustained themselves in the agricultural sector were forced to migrate to cities,  in search of better opportunities.  (for a complete summary of indigenous populations by cities click here)

Due to high illiteracy rates, (3 times the national average) and no technical skill nor formal education, indigenous families, particular women, are at greater disadvantage in the work force. For women literacy rate is 20% lower than their male counterparts.  Additionally, ongoing racial discrimination of ethnic, and “darker” skin Mexican, or not having the right “accent” , shunned them away even from the most informal sectors of labor.

In the capital  alone, 95% of the 340 thousand indigenous people are limited to 3 labor sectors: construction for men, domestic labor for women (cleaning, nanny, housekeeping), and ambulant commerce in between both sexes.. This is a pattern reverberated in Mexico’s other cities center such as, Guadalajara, Monterey and Cancun.

Although the growing economies, tourism centers and expanding middle classes gave way for a demand of employment in these sectors, for women this still means a far distance to achieving any social upward mobility. Taking the domestic labor for example,  where 2 million women between the ages of 12 and 70 are employed they still only hold an elementary or unfinished basic education.

Being a woman, poor, being indigenous, illiterate and working, in what is culturally considered,  one of the lowest  positions has disabled women from knowing their rights as workers and citizens, thus enabling conditions for exploitation, social and economic invisibility and abuse.

In some cases women reside in the households they upkeep, having their housing subsidized paid allows employers to pay a lower salary. With no set schedule, women  are available 24 hours of the day and weekends. With out overtime pay, social security or even health insurance, they at times are barred to dismal living conditions and are (sexually, mentally or emotionally abused) by their employers. The lack of institutional  and legislative framework to address the issues of this sector leaves domestic workers grievances unaddressed.

Although many organization continue to fight for the regulation and legal recognition of domestic labor, the provisions established by the Federal Labor law (vacation time, hours of work, medical insurance, etc.) are loosely or never prosecuted when violated. Furthermore, Mexico has yet to ratify Convention 189 Rec. 201 of the International Labor organization on Decent Work for Domestic Workers.

But for some, mobilizing to the cities has given way to unexpected opportunities. Traditionally, women have been engaged in craft and art making, specific to their ethnic group. beading, weaving, embroidery, textile dying etc. Since 1974, and increasingly after the 1993 movement, FONART, (National fund for the promotion of crafts) has supported the promotion and preservation of indigenous culture and heritage. Through local and national grants, women artisan communities and organizations  have not only made their craft a source of sustenance, but have been able to move to their cities in search of access to tourist markets, some have even been successful in exporting.

Sna Jolobil and J’pas Joloviletic for example, are community based organizations that engage in he production of traditional Mayan woven textiles, that hold stores in the tourist town of San Cristobal de las Casas.  For women, these opportunities  have allowed them to a preserve  their cultural traditions, and an additional source of income. In other larger touristic cities like Guadalajara, artisans have congregated in the city centers as ambulant vendors. Though their location is lucrative by the high traffic of tourists, recently local authorities have begun to consider their expulsion.

For indigenous women in Mexico, it is still long road to social recognition, acceptance and upward mobility, which is sadly truncated mostly by the systemic government and social discrimination by non-ethnic Mexicans. Surprisingly, it is the mostly non-ethnic Mexican immigrant community  in the U.S., that fulfills the same roles if indigenous women in Mexico.  Essentially, the same grievances and stories can be told from the perspective of Mexican immigrant women in cities in the U.S.