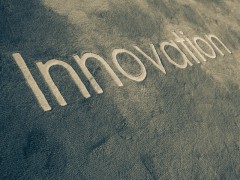 What does it take to make a strong business culture? Political stability, investment capital, highly educated employees all come to mind. Eilene Zimmerman writes in The New York Times that those areas hoping to become the next Silicon Valley are benefitted by attributes like talent, universities and startup-friendly workspaces.

There may not be one hard-and-fast definition of “startup,” but many in the business community know what the term refers to – a newer, small enterprise often with an innovative approach to business, generally scalable through technology. This label is often used to describe tech-centered ventures run by younger individuals, like a prototypical app-building outfit in San Francisco. But the catch-all definition of startup is much wider, and has spawned its own innovation and tech-centered culture. Think: coffee shops full of CEOs of one-man companies, and the incubators and accelerators they use as office space to grow ideas into profitable companies.

But which countries are best posed to be startup tech hubs? What are their governments and markets like? Is democracy another startup essential?

Let’s look to Latin America, a place of rapid growth and change, both in government and business sectors. Several cities in the Spanish and Portuguese-speaking markets of the region have in recent years developed up-and-coming startup hubs – particularly in Chile, Uruguay, Argentina, and Brazil.

According to Forbes business magazine, “the next generation of small business owners will flock to cities not because of growing job rates and income levels, but because of community engagement and access to resources.” The magazine stresses the importance of clusters: entrepreneurship fosters entrepreneurship, so startups must exist in hubs to see significant success.

Here is a comparison of four countries considered to have top startup hubs, or clusters, in Latin America: Uruguay, Chile, Argentina, and Brazil.

Uruguay, a tiny South American nation tucked between Brazil and Argentina, is quietly gaining a reputation as home for startup and tech companies.

The country has seen its small startup scene grow, primarily in the capital city Montevideo, as reported in The New York Times last year. Triple Pundit writes that Uruguay is an over-looked nation based on its startup and social enterprise community.

The BTI describes Uruguay as one of the most stable and continually democratic nations, with regional media darling President José Mujica currently overseeing a leftist and growing economy. The country has a sizeable welfare state, totaling the highest social spending per capita in Latin America. This might arguably help provide a safety net allowing more entrepreneurs to assume financial risk.

Yet Montevideo has become nearly too expensive for many younger Uruguayans, often the generational driving force of an up-and-coming startup culture. The BTI Uruguay report also notes that, “progress has been limited by an overall scarcity of resources affecting teaching as well as research.” This might be holding Uruguay’s tech economy back, too.

Uruguay’s rank in the BTI Management Index: 2 of 129

Chile is a relatively skinny sliver of land on the western half of South America. But it’s known for something among its neighbors: business-friendly political culture.

Chile is widely considered the most “developed” country in South America. The country’s government sponsors programs like Start-Up Chile, which hands out $40,000 to hundreds of international startup teams each year.

The Andean nation is a regional exemplar for democracy and market economics. Chile joined the Organisation for Economic Co-operation and Development (OECD) in 2010. And although the country deals with many of the ills common throughout Latin America and the developing world, there is enough government support and investment, safe urban areas, and dependable economic activity for a startup hub to grow, namely in the capital city Santiago. Chile’s rank in the top ten in the BTI Indices and list of global startup hubs reflects this.

What does startup hub Santiago show about developing tech economies in the developing world? The right balance of government intervention – as with Start-Up Chile – balanced with dependable, democratic governance, can attract attention, talent and resources to kick start national dreams of startup creation.

Chile’s rank in the BTI Management Index: 5 of 129

Argentina: cool factor but with a shilling effect on business

“Buenos Aires is a paradox of Latin America, because the best and most successful startups have come out of there,” told Nate Lustig, an American entrepreneur now investing in startups in Latin America, the BTI Blog.

Argentina’s capital Buenos Aires is a prime example of the successes and challenges available to startup communities across the American continents. Among the most cosmopolitan cities in South America, Buenos Aires may also be the region’s most dynamic startup hub and home to some of its success stories, including Mercado Libre, one of few Latin American startups now listed on NASDAQ.

Yet due to Argentina’s national credit-default and a parallel economy, it is nearly impossible to exchange large amounts of U.S. dollars, and an equally large challenge to get a business off the ground. Outside nations have questioned Argentina’s leadership and willingness to work with the global community.

The BTI country report on Argentina reiterates the devastating economic headlines coming out of the country. “Concerning economic transformation, the country still lacks a sound institutional foundation for either a market-based or a mixed economy,” write the BTI experts.

Argentina has a high number of startups, but much of that can be attributed to past successes and a “cool,” cosmopolitan factor more present in Buenos Aires than the rest of Latin America. But don’t expect the “Paris of Latin America” to retain its status as a startup hub if current economic trends continue.

“I wouldn’t touch Argentina for a market because of all of the headaches, even though it’s an amazing market, highly educated people, cosmopolitan city,” Lustig said.

Argentina shows it is possible to have pockets of innovative business culture despite comparatively low rankings for democratic transformation and governance capacities. But it is a challenge for hopeful Argentine entrepreneurs.

Argentina’s rank in the BTI Management Index: 63 of 129

Of the $3.5 billion in venture capital headed to Latin America in the first half of 2014, more than half went to Brazil, according to CNBC.

As I wrote in Gigaom: “Brazil’s biggest city, São Paulo has a GDP larger than the GDPs of neighboring Argentina, Chile, Uruguay, Bolivia and Paraguay – combined – according to fnbox. The twenty-two incubators in the city have already pumped out 182 companies. Success stories include Boo Box for online advertising and Peixe Urbano for shopping.”

But the market varies greatly within the country of 200 million inhabitants, with a much poorer north standing in stark contrast to the more developed southern region of the country. Still, Brazil scores relatively well in the BTI rankings and it includes a humming startup economy.

Brazil’s rank in the BTI Management Index: 3 of 129

Factors for democratization and “startupization” are not the same

From the above case studies – though far from complete – we see a few features in common among the strongest startup markets and their nations. Most of them fare pretty well on the BTI indices, particularly Uruguay and Chile. While it may be simply coincidental that these countries are host to innovative economies, there are several factors that could qualify these Latin American hubs of startup innovation:

Urban areas, not entire nations, serve as startup hubs. As with Chile, there can remain yawning wealth inequality between the tech-set in the capital and the working poor throughout the country. In Brazil, most tech development takes place in the south, whereas the northern part of the nation is considerably poorer.

Chile has the well-known market economy and predictable political class allowing it to be the startup star of the region. Argentina lacks predictability in both government and economy. Neighbor Uruguay benefits from this by having both. And Brazil’s bigness as the only Portuguese-market in the region, and by far the biggest economy, attracts enough money.

Thus there is a wholly different set of values that matter beyond democratization when labeling a city as “startup-friendly.” Of course, any ecosystem is more complex than a list can describe. Take that into account when starting your next taxi app for Spanish-speaking markets.